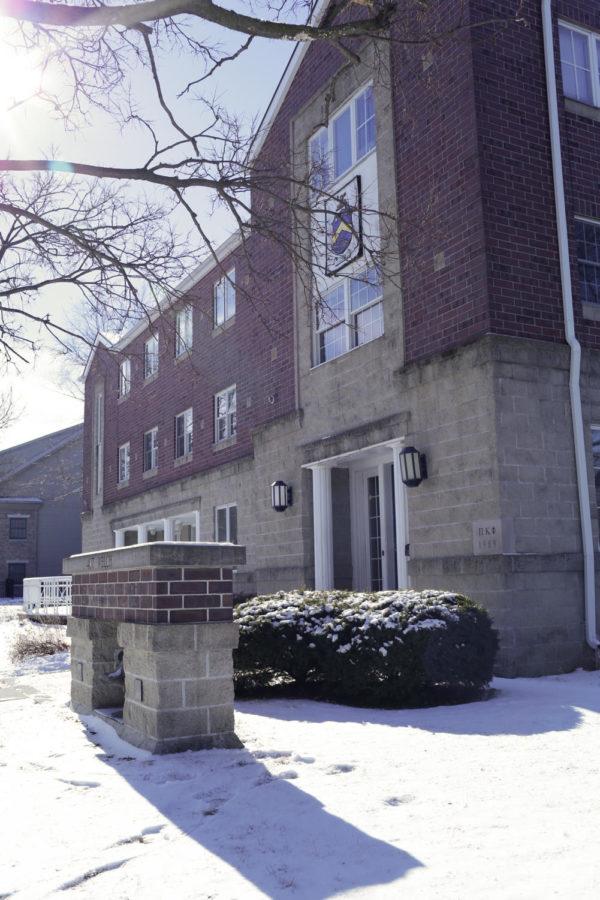 The official greek letters were stripped off of Pi Kappa Phi in October due to undisclosed reasons. The fraternity is no longer listed on the Iowa State office of greek affairs webpage.

The office of judicial affairs and members of Pi Kappa Phi fraternity are refusing to comment on why the fraternity was asked to leave Iowa State.

The official greek letters were stripped off the house in October due to two incidents that occurred in the fall of 2012 and the fall of 2013. All members had to move out of the house by Dec. 20 said Bret Renz, senior in aerospace engineering and former member of the fraternity.

The tall brick building now sits empty on Welch Avenue after members were forced to move out of the house in December. Iowa State’s Office of Judicial Affairs would not comment on why the fraternity was suspended.

“Judicial Affairs, as a matter of practice, does not discuss individual student or organization cases,” said Sara Kellogg, assistant director of judicial affairs.

Ryan May, sophomore in horticulture and a former pledge for the Pi Kappa Phi, said he decided not to join the fraternity after members “got into trouble.” However, May did not say what issues the fraternity faced.

“We got into trouble. I was new here. I moved here from Michigan, so I just joined a frat to meet people. I decided to not be a dues-paying member once all this went down,” May said.

The fraternity is no longer on the ISU office of greek affairs web page nor is it available on the national Pi Kappa Phi website.

Justin Angotti, director of education and accountability for the Pi Kappa Phi national fraternity, said the fraternity was suspended from October 2013 through June 30, 2014 due to two separate incidents.

“As a prank, new members were attempting to capture brothers and take them to some sort of location. It happened right in front of the academic buildings on campus,” Angotti said. “That’s really where the issue was: the safety of members being captured like that and whether it was the safest environment for them.”

Angotti said the new members were charged with misconduct by the university and continued to be members of Pi Kappa Phi.

The second incident in September of 2013 consisted of an unregistered event with alcohol in the chapter house. Although the fraternity house was wet, meaning alcohol was permitted for members of legal drinking age, the event would have needed to be registered with the university.

“Really the proximity of these two incidents together resulted in the agreed upon suspension,” Angotti said. “Moving forward, as one of the sanctions agreed upon with the university, the chapter facility itself will become dry for the next few years.”

“As a part of the agreement with the university and part of the sanction, the national fraternity put together a set of educational programs and accountability measures, following the period of suspension will be put into place to ensure that the chapter understands how they safely manage events with alcohol moving forward,” Angotti said.

Angotti said steps such as having a live-in house director and dry living facilities help to ensure that the fraternity will be successful in the future.

“Working with the local chapter and university we feel confident that that plan will position them well moving forward,” Angotti said.