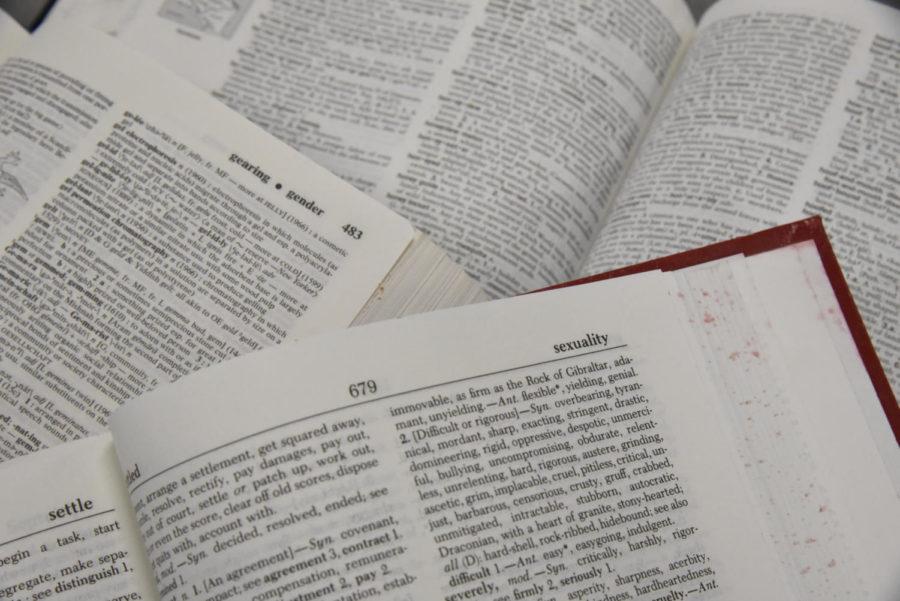 LGBTQIA+ History Month gives those outside of the community a chance to learn about important terms pertaining to LGBTQIA+.

As LGBTQIA+ History Month begins, those who are not a part of the LGBTQIA+ community have the opportunity to learn about terms that might be confusing or terms they would like to be educated on further.

Here is a list of LGBTQIA+ terms that those who are a part of the community on campus want those who are not to keep in mind during this history month, as suggested by Brad Freihoefer, director of the Center for LGBTQIA+ Student Success.

These definitions are from transstudent.org.

LGBTQQIAPP+: A collection of identities short for lesbian, gay, bisexual, transgender, queer, questioning, intersex, asexual, aromantic, pansexual, polysexual that is sometimes abbreviated to LGBT or LGBTQIA+. Sometimes this acronym is replaced with queer.

Ally: Someone who advocates and supports a community but is not part of the communities they help. A person should not self-identify as an ally but show they are one through action.

Queer: General term for gender and sexual minorities who are not cisgender and/or heterosexual. There is a lot of overlap between queer and transgender identities, but not all queer people are transgender and not all transgender people are queer. The word queer is still sometimes used as a hateful slur, so although it has mostly been reclaimed, be careful with its use.

Sexual Orientation: A person’s physical, romantic, emotional, aesthetic and/or other form of attraction to others. In Western cultures, gender identity and sexual orientation are not the same.

Sex: A set of characteristics associated with reproduction and biology that generally assign individuals into categories of “male” and “female.” Sex assigned at birth is the assignment and classification of people as male, female, intersex or another sex assigned at birth and is often based on physical anatomy at birth.

Gender: A set of cultural constructs describing characteristics that may historically be related to femininity, masculinity, women, men, nonbinary people or social norms. The term was coined in 1955 by sexologist John Money after noting the difference between gender and sex.

Cisgender: Adjective that means “identifies as their sex assigned at birth” and that is derived from the Latin word meaning “on the same side.” A cisgender person is not transgender. Cisgender does not indicate biology, gender expression or sexuality/sexual orientation.

The Gender Binary: A system of viewing gender as consisting solely of two opposite categories, termed “male and female,” in which no other possibilities for gender or anatomy are believed to exist. This system is oppressive to anyone who defies their sex assigned at birth, but particularly those who are gender-variant or do not fit neatly into one of the two standard categories.

Gender Identity: One’s internal sense of being male, female, neither of these, both or other gender(s). For transgender people, their sex assigned at birth and their gender identity are not necessarily the same.