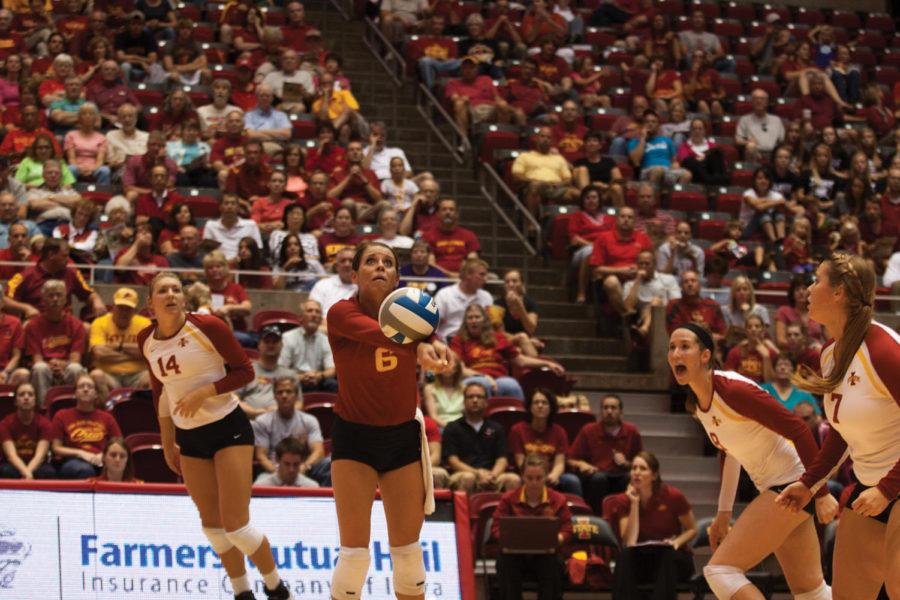 Kristen Hahn digs the ball up from a spike by a Northern Iowa player in the fourth set of match. The Cyclones went on to win the match 27-25, landing another victory for Iowa State.

The ISU volleyball team kicked off Big 12 play Saturday with a 3-1 victory against Baylor, and two players were honored for their efforts Monday.

This season Bigbee is averaging 3.37 kills per set, and in nine of the 10 matches in which she’s played, the Williamsburg, Iowa, native has reached double-digits in kills

For Hahn, it’s a repeat of last week when the junior was awarded the same honor after recording a season-high 26 digs against then No. 1 Nebraska. Hahn averaged 6.25 digs per set against Baylor and is now averaging 4.78 digs per set on the season.

It’s the sixth time Hahn has won the award in her career.

The Cyclones will continue Big 12 play Wednesday in Lawrence, Kan., when they take on the Jayhawks at 6:30 p.m.