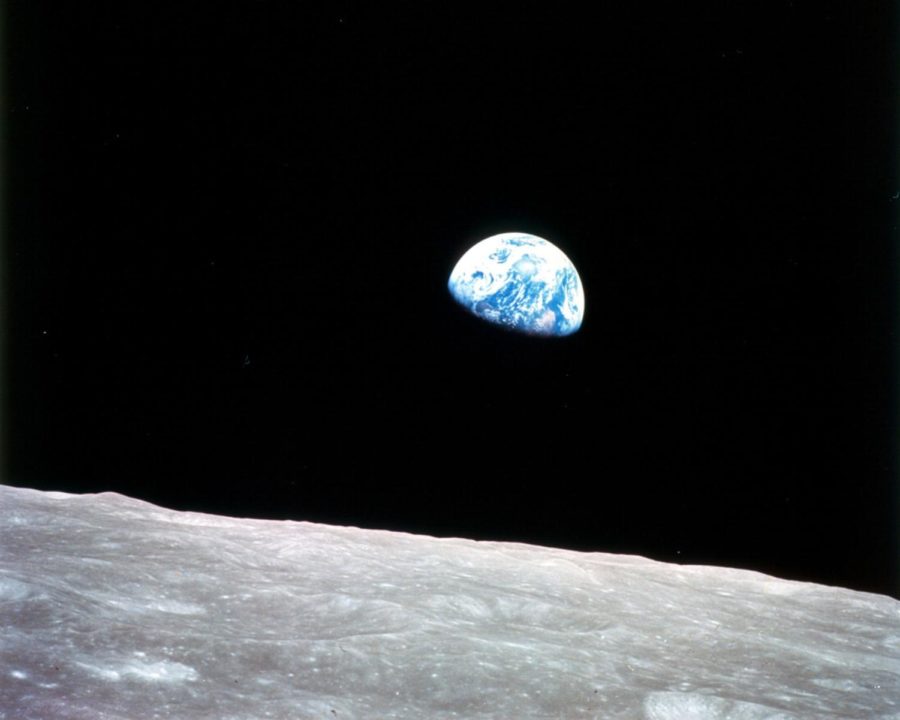 NASA has long gone unnoticed by the news media in its new endeavors to explore the Solar System and beyond.

Here’s something you probably didn’t know:

Yet, the latest information that ABC, the BBC, CBS, CNN, The New York Times, and the Washington Post carried on NASA’s Orion project is from last year. If you want to learn about our progress at exploring new worlds, seeking out new life and new civilizations, and boldly going where no man has gone before, you have to read NASA’s own announcement about the unveiling or read the story written by WPTV, the NBC affiliate television station in West Palm Beach, Florida.

Not even NPR, which usually reports on public-interest matters, had anything to say.

Why should they? For 40 years, the United States has not sent a human being out of low-Earth orbit. According to 2010 Census data, nearly 146.3 million of the 308.7 million Americans living today were not alive then, in 1972. Nearly half the United States population has grown up, lived and begun to have families of their own without an opportunity to see a man or woman actually travel away from this world.

Given the total absence of knowledge (to say nothing of excitement) about the first attempt in two generations to escape Earth’s gravity, the neglect by even the most national news outlets is not surprising. Our current approach to space exploration is significantly less compelling than that held by past generations.

Kennedy knew that in any attempt to realize our highest ambitions we need to be intrepidly daring and resolutely courageous in our willingness to venture out and seek and take risks. Pointing that out, he said: “We choose to go to the moon in this decade and do the other things, not because they are easy, but because they are hard; because that goal will serve to organize and measure the best of our energies and skills; because that challenge is one that we are willing to accept, one we are unwilling to postpone and one which we intend to win.”

At the close of his speech, Kennedy spoke of George Mallory, one of the mountaineers who attempted to scale Mount Everest when Kennedy was a child. He was asked in a New York Times interview why he wanted to climb to the summit of the world’s tallest mountain. His answer? “Because it is there.”

We don’t do that anymore.

Although President Barack Obama referenced in his address at Kennedy Space Center on April 15, 2010, the same themes the Center’s namesake used almost half a century before, his message kept reverting to the narrow rut that the American space program has occupied since Apollo 17 launched in 1972. The ideas he outlined, unlike those Kennedy put forth, are small. He said: “The space program has always captured an essential part of what it means to be an American — reaching for new heights, stretching beyond what previously did not seem possible. And so, as president, I believe that space exploration is not a luxury, it’s not an afterthought in America’s quest for a brighter future — it is an essential part of that quest.”

He began to outline NASA’s budget increases and what they would be used for, all the while drawing attention to the budget. He explained research in space would be used to improve the daily, ordinary, mundane lives of ordinary, mundane people on Earth, talked about the technological efficiencies that would be developed that would allow us to travel farther and cheaper, and he assured that jobs would be created for the Floridians around the Kennedy Space Center.

While NASA plans our foray to Mars, we will rely on private companies instead of a public actor to send us into the low-earth orbit that has been so routine since the space shuttle program came into use in 1981. And the cherry to top it all off is the timeframe Obama punted on: After building spacecraft to send us beyond the Moon by 2025, humans should reach Mars by the mid-2030s. Contrast that with Kennedy’s challenge to go to the Moon immediately.

Obama’s message was written and delivered for the men and women who work for NASA and aerospace companies. Unlike Kennedy’s speech, given at Rice University in Houston, a noted research institution whose location symbolized the stake in space exploration that we all have by equating it with the pursuit of knowledge, Obama’s was given at Kennedy Space Center as “a White House-sponsored space conference.”

It was a boring press event for what should be a momentous occasion.

It reflects little of the public-spirited cavalierism that fueled our “giant leap” onto the moon less than a decade after Kennedy stated his goal. Slowly but surely, rather than one ambitious leap forward, will we explore the universe. That incremental, safe exploration will not test our own limits. Under Obama’s vision, we would know where we are going before we get there.

The whole point of exploration is going into the unknown. The space program used to be about expressing our national character by seeking glory. If we have already observed it, there is no boldness in the undertaking, and it is not an adventure.

If the space program is going to be more inspirational for new generations of tens, maybe hundreds of millions of new Americans, we need to push it out of its comfort zone and demand results sooner than decades from now.

The cheapest cellphones on the market are more powerful than the electronics that sent us to the moon. We can do better.