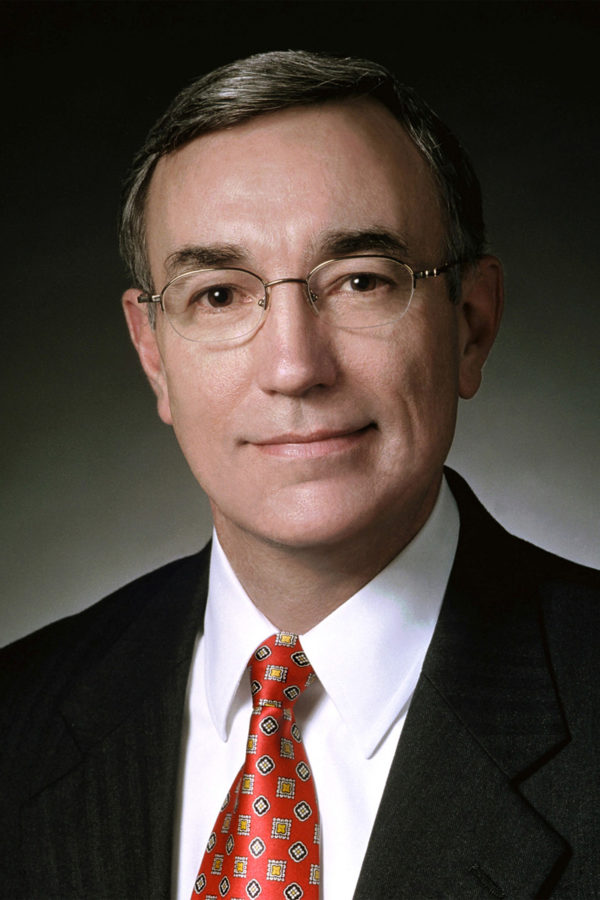 From the ISU News Service:

ISU President Gregory Geoffroy today announced his intention to leave his post no later than July 31, 2012. He will remain president of Iowa State until a successor is named.

Geoffroy, who is approaching his 10th anniversary as Iowa State’s top administrator, informed the Iowa Board of Regents of his plans in executive session earlier this week.

Geoffroy, 64, cited the accomplishment of key goals and a desire to spend more time with his family as primary factors in his decision.

“It’s been such a pleasure to be associated with so many talented and dedicated individuals within and outside the university. The Iowa State family is, and will always be, a special part of my life,” Geoffroy wrote in a memo distributed to faculty and staff this morning. “But my life also includes four children and four grandchildren spread across the country. Kathy and I want to spend much more time with them, and that’s not possible in my current role.”

Board of Regents President David Miles indicated the search for Geoffroy’s successor will be discussed at the board’s April 28 meeting, scheduled to be held at Iowa State.

“Both professionally and personally, it’s been a real pleasure to work with Dr. Geoffroy,” Miles said. “He is one of the truly outstanding university presidents in the nation. He will leave an impressive legacy at Iowa State.”

Geoffroy became the 14th president of Iowa State University on July 1, 2001, and was officially installed to the post in October of that year. Previously, Geoffroy served as senior vice president for academic affairs and provost at the University of Maryland, College Park. He also served as interim president at Maryland in 1998. Prior to this, Geoffroy served in several positions at Pennsylvania State University, University Park, from 1974 to 1989, including dean of the Eberley College of Science and professor and chair of chemistry.

At Iowa State, President Geoffroy led the development of two ambitious, five-year strategic plans, with the vision of Iowa State being the best at advancing its land-grant ideals and in putting science and technology to work. Specifically, Geoffroy has focused on recruiting and retaining top faculty, staff and students; private fundraising to support faculty positions and student scholarships; and sustaining and advancing Iowa’s position in the growing bioeconomy.

Under Geoffroy’s leadership, Iowa State has set records in fund raising, enrollment and external funding. Campaign Iowa State, the university’s largest fund raising effort to date, surpassed its $800 million goal. The university hit a record $388.2 million in grants, contracts, gifts and cooperative agreements during FY10, an increase of $83 million and 27 percent over the previous year’s record. Student enrollment soared to a record 28,682 students in fall 2010, which also ushered in the most diverse student body in ISU history. Geoffroy’s goal of doubling the number of endowed faculty positions at Iowa State, from 75 to 150, also was met in 2010. And the university (in 2007) established the Bioeconomy Institute to support and advance work in biorenewable technologies.

The past decade also brought significant improvements to the campus infrastructure. More than 20 major building projects have been completed – from new academic buildings and residence halls, to renovation and expansion of other facilities.

“This is a good time to initiate this change,” Geoffroy said of his decision. “I’m confident that Iowa State will continue to prosper with outstanding faculty and staff, a strong leadership team, passionate alumni and donors, and bright, energetic students.”