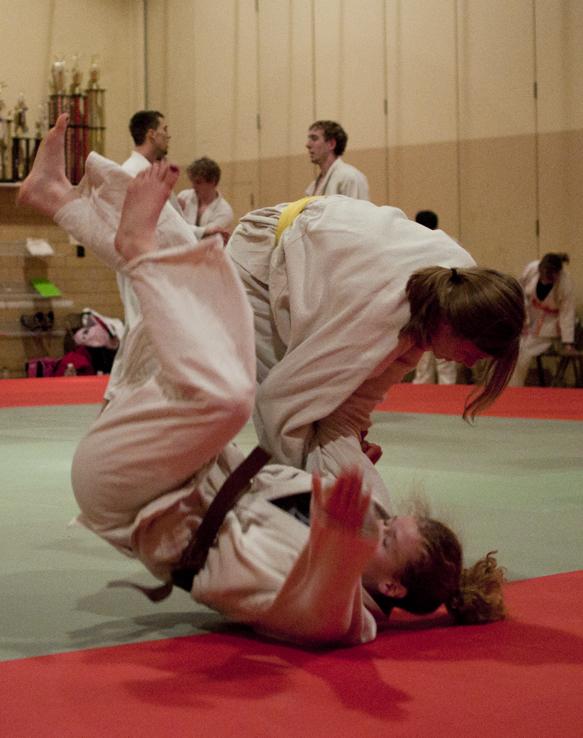 We all think we’re invincible at some point in our lives, don’t we? We assume we’re stronger, faster, and smarter than the average person, and therefore don’t need to worry about the possibility of being robbed or attacked. Besides, those sorts of things only happen to people who are in sketchy situations to begin with. Right?

I think the one in six women who have been sexually assaulted would have something to say about that. In the United States, someone is sexually assaulted every two minutes. Women between the ages of 18 and 24 are the most likely victims. College women are four times more likely to be assaulted than any other group. This statistic alone is more than enough reason to learn self-defense.

The ISU Judo Club will be hosting a self-defense seminar Feb. 27 in 202E Forker. The event starts at 4 p.m. and is free to all students. This is your chance to acquire new knowledge that could save your life some day.

Whether or not you see yourself as a strong person doesn’t matter. You will learn what your weaknesses are and discover strengths you never knew you had. The seminar is a great start for those who are curious about self-defense or unsure where to begin.

When I first joined the ISU Judo Club at the start of the school year, I had no idea what I was doing. All I knew was that I wanted to be able to defend myself, and martial arts seemed like a good place to start.

Judo is a Japanese martial art developed by Jigoro Kano in the 19th century. It uses the principle of “maximum efficiency” and is an excellent method of self-defense. In essence, you are taught to use an opponent’s force against them, and to expend the least amount of energy when doing so.

Being shy, short and not particularly coordinated, judo seemed like the worst idea I’d had in a long time. I felt sure I’d quit within a week. However, I surprised myself by sticking with and actually enjoying it. I realized that learning self-defense is not only important, it’s a ton of fun and a great way to relieve stress.

So even if you think martial arts isn’t right for you, show up Feb. 27 at 202E Forker and give it a try. You might surprise yourself. It’s free, and you get to throw people around for a little while. What have you got to lose?

One in every four college women will be sexually assaulted in some way during their academic career. This is an unbelievable number. That victim could be your classmate, your friend, your sister. Raising awareness is certainly one of the best ways to lower this statistic, but it’s not foolproof. Preventing violence is crucial-but being prepared to handle it is just as important.

Whatever your reason for learning self-defense, it’s a good one. Being able to handle a worst-case scenario is a great life skill and could mean the difference between life and death for some. This might sound dramatic, but as the saying goes: “Better safe than sorry.”