Tetmeyer: The most opinionated opinion piece 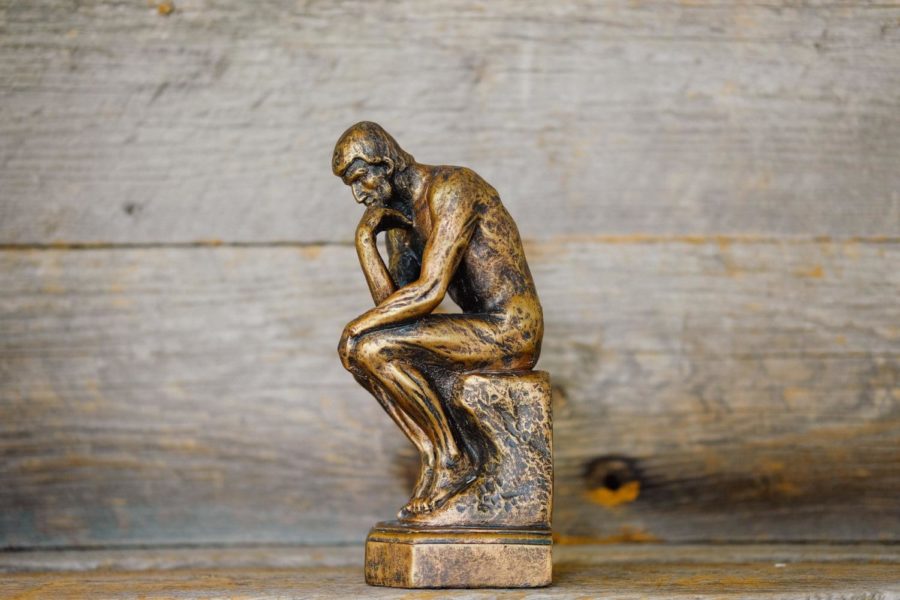 Courtesy of Kenny Eliason via Unsplash

This seems redundant, doesn’t it? I mean, the title is so superfluous. Of course, an article under the opinion section would be riddled with personal grievances and the expressions of someone’s own sensibilities. I mean, that’s what an opinion is, right? It doesn’t have the burden of proof that a true statement has. And for the most part, the two are easily distinguishable. Problems arise when people start expressing their own opinions as facts. When “they are bad because I said so” becomes the threshold of proof, the communication and cooperation between people begin to degrade. Because no one is going to admit they are wrong.

Let’s see an example. “Jesus was a socialist.” This is a popular opinion among progressives and identified socialists. And I mean, it is compelling. Jesus gave free healthcare to people, he donated food to his community, he supported the fair treatment of others and he advocated for the separation of church and state (Render unto Caesar the things that are Caesar’s and unto God the things that are God’s). But in my opinion, it’s irresponsible to make this claim as fact because it’s hard to ground in fact or reality, and these ideas had not yet been thought of. We hadn’t even fully developed and spread the principle of self yet. René Descartes wouldn’t pen the famous philosophy of “I think, therefore I am” until 1637. Jesus was a great philosopher and religious leader, but I doubt he was thinking of returning the means of production back to the workers or making sure that everyone was paid a fair wage. For Jesus, the free market wasn’t even a thing. That way of thinking just didn’t apply during that time.

Let’s try another one. “The U.S. shouldn’t be involved in Ukraine.” This is part of the continuous debate on how the U.S. should respond to foreign conflicts. The U.S. has always taken an isolationist approach to this. We entered WWI after the German threat came too close to home when they tried to entice Mexico into an alliance. WWII was entered after the Japanese attacked Pearl Harbor. We have taken a more active role in conflicts since then, but the prevailing ideal has always been to let the Europeans handle European business. And we have seemed to embrace this philosophy again, with indirect support being the prevailing response to the Russian invasion of Ukraine. But even this involvement is being questioned.

Again, in my opinion, this is an irresponsible claim to put forward as fact. Not only does it promote disregarding authoritarian war provocations, but also turning the U.S.’s back on our allies and trading partners, which would almost certainly result in devastation. Russia is a prime example of what happens when you don’t have a friend in the world.

Now let’s look at one more opinion that has been touted as fact for years. The lovely “Christians are being persecuted in the U.S.” No. Just no. This, in my opinion, is almost laughably stupid. Christianity is essentially the national religion of the U.S. Around 230-250 million US citizens are Christian or about 65-75 percent. There are around 380,000 churches in the US alone. That’s more than every other place of worship in America. Businesses can still reject people on religious grounds, which have been employed mainly by Christian business owners. The Church Amendment of 1973 let hospitals and practitioners refuse abortion services based on religious objection with no government penalty, a direct response to Roe v. Wade. You can worship openly, even by singing the most boring songs in the world to a bunch of unwilling people stuck in a metal tube a mile in the air. Nothing that is happening in the U.S. is conducive to this opinion.

If anything, the Christian influence is growing so much that it threatens the fundamental First Amendment right of Freedom of Religion for everyone else while claiming the destruction of the Christian values by cultural Marxism. Which is simply a revamped version of Hitler’s cultural Bolshevism that was used to justify his rule and methods. And to hide behind this is to invite the destruction of the country that we all love.

I’m not saying you can’t have or practice your religion, but don’t constrict the rest of us with it. Don’t use the words of a caring and loving God to justify your hate and violence. As Christians, we are taught, or at least I was, that our duty is to spread peace and love as well as the Word and to do so without judgment. For God on his throne, with the Lamb at his right hand, is the only one truly qualified to judge us. Not to cast stones at others as if you are blameless. The window has shifted, and I welcome you to come stand in the light shining through it with me instead of hiding in the corner where the window used to be.

What was the point of all this? Well, it was to say that opinions are powerful and dangerous tools. They can be used to subvert ideas, twist facts and discredit people for no other reason than they disagree with you. In the words of everyone’s favorite opioid addict detective, “It is a capital mistake to theorize before one has data. Insensibly one begins to twist facts to suit theories, instead of theories to suit facts.” Don’t get me wrong, I cherish opinions, and I cherish being able to talk with all people about their opinions and ideals, but those opinions should never be forced onto someone else simply because they disagree. Because we then start to skew reality, blur the lines of fact and faction and mire our lives in the dirt of discontent.

I will leave you with one final plea. I plead with all of you not to let your opinions become your fact. I have stated throughout this entire article that these are my opinions. I have used facts to back them, but at the core, they are my opinions, and I try not to let them affect my interactions too much. I ask everyone to live life with a clear heart and open mind. If you normally stray from anything conservative, try something conservative. Go to a church event, listen to conservative speakers, read different literature. If you are conservative, try something liberal. Go to a poetry reading, volunteer at city government programs, go to a non-Christian religious event, go to a drag show. Who knows, you might like it. Just don’t sit in your dark corner and sulk when much more can be done in the light.