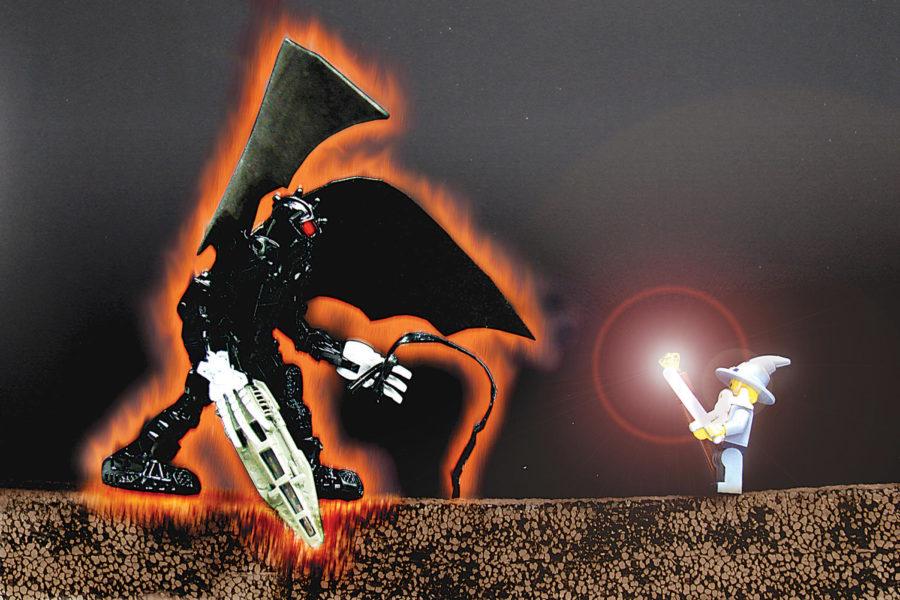 Senators must take into consideration their declarations of “Thou shall not pass.”

The filibuster has become one of the most

reviled and often-used practices in the modern

Senate. It is a procedure by which a single senator —

by continuously debating — can hold the floor of the Senate and

stop a bill from moving forward in its passage to

law. If you ever saw the film “Mr. Smith Goes To

Washington,” you have, in essence, seen the substance of a

The Senate, unlike the House of

Representatives, does not place time restrictions on how long a

speaking, senators confine their remarks to reasonable lengths of

time. But in extreme cases, when a senator wants to block passage

of a bill or give his colleagues time to reconsider their

prospective votes, he will filibuster the debate — he will refuse

to yield the floor.

These maneuvers are increasingly

common. In the most recent

Congress, 91 votes were taken to stop

But that number has not always been so

eight-year tenure at the White House, there were two such votes to

Because of the increasingly partisan usage of

the filibuster as a procedural tool to bring business to a halt,

some politicians recently have advocated filibuster

threatens to hold up debate, to requiring filibustering senators to

actually debate the bill in question on the floor of the

would accomplish their designed purpose — they would increase the

transparency of the action going on in the

But another proposal is very

worrisome. And that is the

currently set at 60 — be decreased. The number to end

debate was decreased long ago, from 67. And while each

house of our legislative system is constitutionally entitled to

make its own rules for doing business, the senators should keep in

mind the Senate’s purpose as they consider rule

That purpose is one of

moderation. Until a century ago, senators were

selected by the legislatures of the states from which they

hailed. This mode of

election, together with six-year terms, served to insulate them

from the popular passions of the day. In fact, popular

election of the Senate was most widely propagated by progressives

whose legislative platform had been stymied by the

the benefit of the Senate’s election by state

legislatures. He wrote that

this means was advantageous because it was not one “where the

activity of party zeal” would prevail and take “advantage of the

supineness, the ignorance and the hopes and fears of the unwary and

interested.” The Senate is to be a check on the reigning passions

Because of their body’s original role,

senators should be allowed to debate for however long on any

measure that comes before them. It should be very difficult to

assemble the required amount of senatorial votes to end

Initially, the senators represented the

States. In a sense, the

Senate functioned to guard the republican system established by the

Constitution from encroachments by populist measures introduced by

the popularly-elected House of Representatives, where Americans

were to receive their direct representation.

the Senate as an “institution originally designed to guard against

rule by public opinion or democracy.” She went on to

write that the Senate was “entirely devoted to the representation

of opinion on which ultimately ‘all governments

rest.’” It is opinions — things which can be held only

by individuals and which can be formulated only through interaction

with other, shared opinions — that are the basis of

Allowing the entire lawmaking system of the

United States to sink into partisanship, where debate is not

necessary because majority and minority whips have enforced the

party line on a bill, would be a disastrous

Allowing an easier end to the filibuster would

be such a mistake. Endless

debate should be smiled upon by citizens concerned with the health

and future existence of political life in their

That said, senators absolutely must take it

upon themselves to consider the filibuster they are about to

perform. The fact that a

not enough. A bill should have overly invasive, destructive,

hurtful or unethical consequences reasonably imaginable before it

Remember, senators, why Mr. Smith got up to

filibuster. He did so to

protest a bill that would have given graft to a small, select group

of individuals for their support in bribing into office the senator

who sponsored the bill.

He used the opportunity to debate endlessly to

raise awareness about special projects that benefited the private

country. And in doing so,

he compelled the resignation of the offending, corrupt man who

presumed to sit in a senator’s chair.