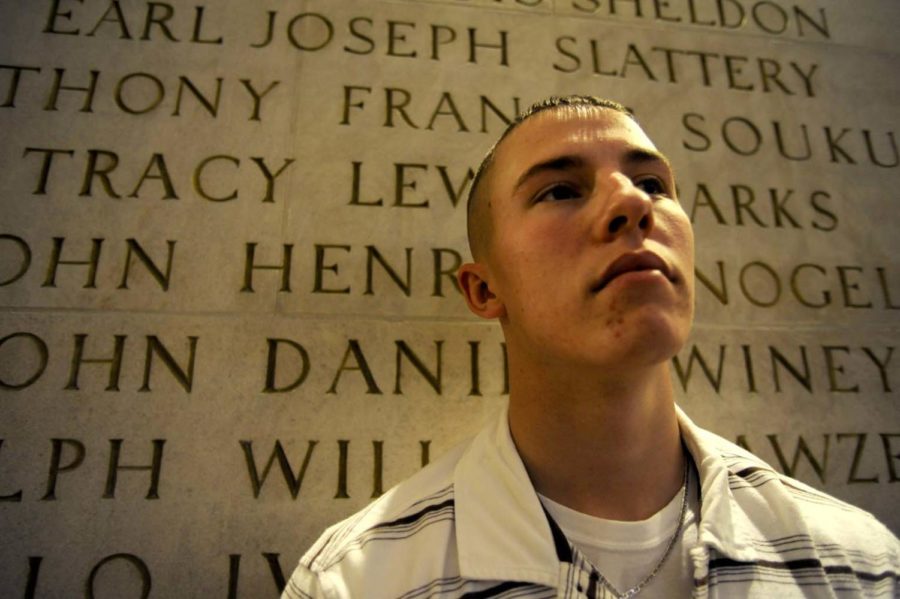 Ryan Pithan, senior in business, is just one of the veterans studying at ISU. The university has developed ways to accommodate veteran transfer students when they return from service.

Ryan Pithan, senior in business, studied at Iowa State for two weeks when he found out he was getting deployed to Iraq.

“I had just gotten back from boot camp and my training at the school infantry,” Pithan said. “I was just settling down, spending time with friends and family and getting ready for college. When I got the news, it was kind of heart-breaking, but then again, that’s what I signed up for.”

Iowa’s deployment rate is also the highest it’s been since World War II. The university developed ways to assist students like Pithan, whose life plans change in an instant.

Doering said ISU students returning from service just need to come back, meet with their adviser and register for classes.

“We are very military-friendly at ISU,” Doering said. “For any veteran who isn’t able to come to campus, we will do advising over the phone, create their schedule for the next semester and get them in touch with any other office they need assistance from so that they can hit the ground running when they get back to campus.”

When Pithan was deployed, he had to drop all of his classes for that semester, and Iowa State reimbursed him in full.

Pithan was stationed in the East Anbar province of Iraq from April 2008 to August 2008. Without Internet access, he had to find a way to sign up for classes for the fall of 2008.

“I gave my girlfriend at the time all my passwords for Access Plus, and she got online and signed me up for the classes I wanted,” Pithan said.

When he returned to the United States, Pithan didn’t have much down time before he had to start classes.

“I got off the plane, went home for a day and then came back and started college,” Pithan said. “It was really weird going from being in the desert for all those months in the heat and wearing the same thing every day to … being on your own time and [not having] to deal with people telling you what to do.”

This transition can be difficult for some veterans, and Iowa State offers services aiding in veterans’ acclimation to university life.

“We have a wonderful student veteran organization on campus,” Doering said.

The ISU Student Veterans of America is a student organization devoted to uniting current and former military service members enrolled at Iowa State.

In his studies, Pithan said he feels he is different from some other students in that procrastination isn’t an option for him.

“I think I’m a lot more mature and my priorities are more in line,” Pithan said, “I don’t wait till the last minute, because I know events can come up that prevent you from getting things done.”

One of these events includes getting deployed again.

“There is a possibility that I could go back in 2012, which would prevent me from graduating,” Pithan said. “So I’ve been taking a couple summer classes so hopefully I can finish … hopefully that year away doesn’t affect my grades or anything.”

Pithan said one of the challenges of being a veteran transfer student is that he’ll be in college longer than the rest of his graduating class.

“It delays you getting out into the world and getting a job … you’re away and you miss out on the memories and you need people to keep you filled in on what’s going on,” Pithan said.