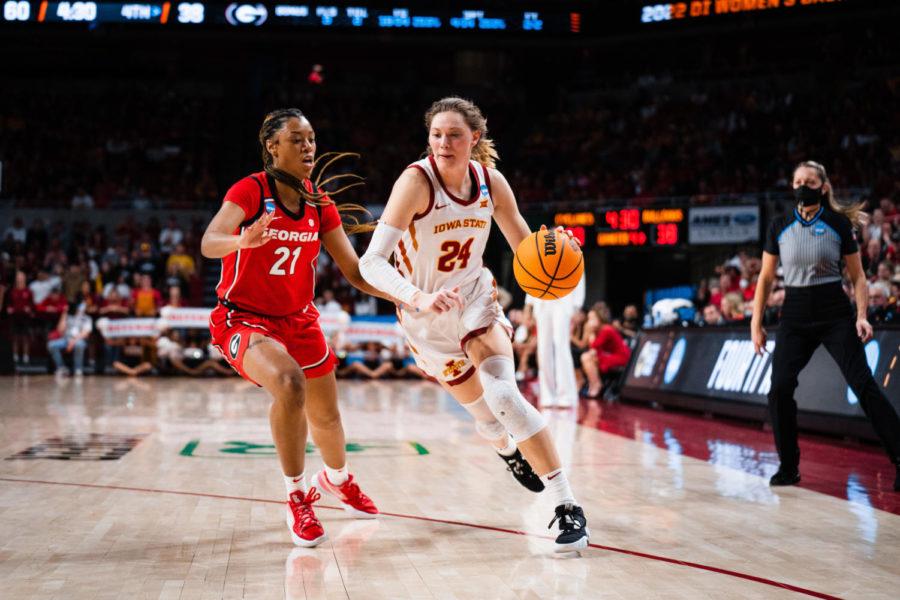 Ashley Joens drives the ball against Georgia's Reigan Richardson during the Cyclones' 67-44 win over Georgia on March 20.

Given to the top small forward in the country, this also marks the third time in four years that a Cyclone has won the award, as Bridget Carleton was the winner in 2019. Joens is the first ever back-to-back winner.

The Iowa State star was also recently named a Second-Team All-American and became the second Cyclone ever to make the WBCA Coaches’ All-America Team.

Helping lead Iowa State to a program record 28 total wins and 14 conference wins, as well as a trip to North Carolina for the Sweet 16, the senior put up averages of 20.3 points-per-game and 9.3 rebounds while making a career-high 91 threes.

Following a season where she became the program’s all-time leading scorer, the Iowa City native announced on Monday that she would be returning to Ames for a fifth year.