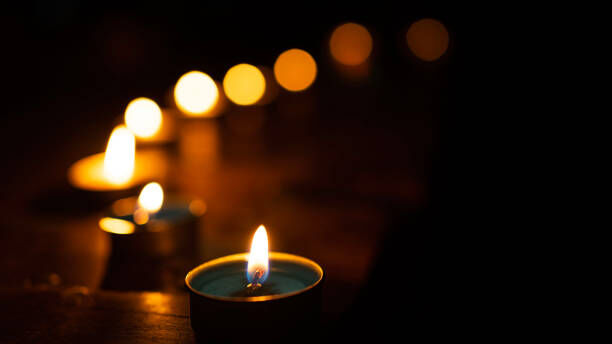 Eight bell tones echo across campus as more than 40 people gather below the campanile with candles grasped in their hands. When the final bell rings, silence envelops a group in mourning.

Friends and loved ones honored their memory with stories, laughter and tears at a remembrance gathering Monday night, one year after the incident.

“When [Ben-David and Nanni] left, we felt it so much, because those are just empty places in boats now,” said Emily Huntley, a senior in materials engineering and crew club member.

The memorial’s organizers provided each attendee with a candle to hold, but windy conditions prevented them from lighting.

“Don’t worry about the candles, because [Nanni] would find a candlelight vigil without any candles absolutely hilarious,” said Chris Merica, a sophomore in mechanical engineering, during the gathering.

Throughout the event, Nanni’s high school friends shared stories that captured his personality, including tales of Nanni playing with his food and never wearing long pants despite cold weather.

“I think Derek was someone who just didn’t care what other people thought,” Merica said. “He was committed to living life in the most exciting and fun way possible. I think he had a radiant energy that impacted every single person he met.”

Those who knew Ben-David also recounted memories of their interactions with him. One student described a moment when he ran a 2K at a sports practice followed by an additional 2K the next day without complaint.

“Yaakov never would complain if something was hard or if he was tired…and to learn from something like that is kind of the best way I try and remember through him,” a student said during the gathering.

Another student produced chuckles from the group while reciting memories of driving Ben-David home after rowing practices. Despite the student’s insistence, Ben-David would jump out of the car while it was still in motion.

Nanni and Ben-David’s deaths caused grief from many, but they also shaped the way some lead their lives.

“You go about life differently, and you think about things differently,” Huntley said. “I notice myself walking a little slower, breathing a little easier and just reveling in the moment a lot more.”

Both Nanni and Ben-David had additional friends and loved ones from home who were unable to attend the vigil.

“I feel really proud to be one of the people that can come and honor their memory,” said Nolin Dale, a sophomore in technical communications. “We’re just kind of a small fraction of the people who would want to be here.”

The gathering lasted about an hour, but several attendees lingered afterward in small groups to further remember the lives of Nanni and Ben-David.

“I miss them more than I can fathom,” Huntley said. “I just hope they look at us now and see how far we’ve come since then and smile.”