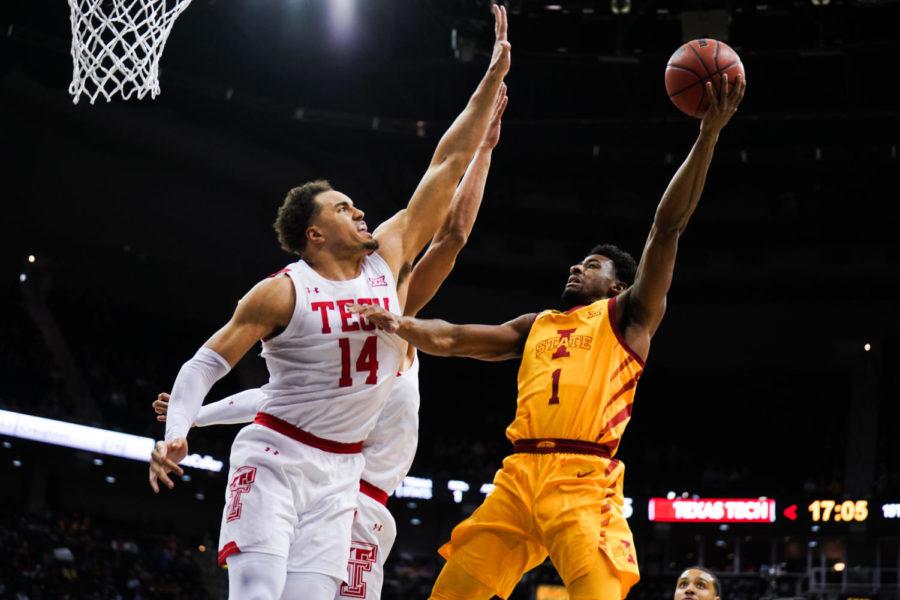 Izaiah Brockington fights to get a shot off in Iowa State's 72-41 loss to Texas Tech in the 2022 Big 12 Championship quarterfinal on March 10.

It’s official. Iowa State men’s basketball is back in the NCAA Tournament.

The Cyclones earned a 11 seed and will face six-seeded LSU in the Midwest Region Friday in Milwaukee, Wis.

Tip-off time has yet to be announced. This will be the first meeting between Iowa State and LSU in program history.

In T.J. Otzelberger’s first season as head coach, he has led the Cyclones to their first NCAA tournament since 2019, despite putting together a roster with eight new players in the fold on the heels of a 2-22 season.

“Credit to our guys, really proud of them how they worked,” Otzelberger said Sunday. “Certainly, I don’t think anyone would have expected us to be in the tournament this year, so that’s great.”

Sunday’s reveal not only puts Iowa State back in familiar territory, but the college basketball world as a whole. The NCAA Tournament was canceled in 2020 due to COVID-19 and the 2021 tournament was kept to Indianapolis to help with COVID protocols.

The turnaround can’t be ignored for Iowa State.

When Otzelberger was asked at the Cyclones’ media day on October when the program will return to the NCAA Tournament, he wasn’t sure when it would happen but he felt a formula was there.

“At what point will this team be knocking on the NCAA Tournament door again?”

“When we’ve put in the hard work over time to earn it, that’s when it will come.” Don’t know exactly when that will be,” Otzelberger said Oct. 20. “Certainly, we hope sooner rather than later.”

And now, maybe sooner than expected, Iowa State is back in the big dance.

And for some like Izaiah Brockington and Gabe Kalscheur who entered the transfer portal in search of a new home, Sunday served as validation for their decision.

“That was really the goal of me coming here,” Izaiah Brockington said Sunday.

Brockington and the Cyclones come into the tournament having lost their last three games by an average of 18 points but view Friday’s matchup as a clean slate.

After all, it’s called ‘March Madness’ for a reason.