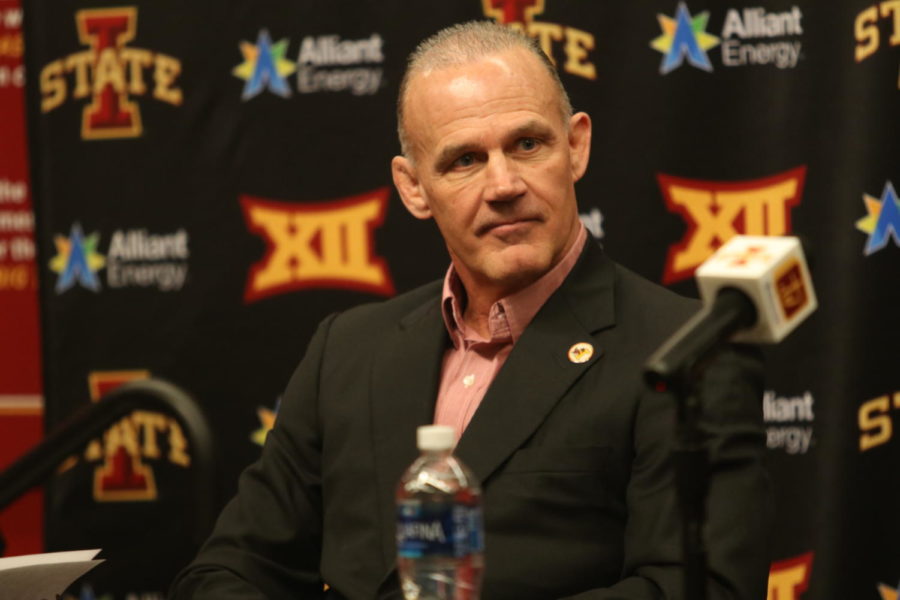 Iowa State fans that made the trip to Rochester, Minnesota, this weekend had to wait to see Austin Gomez and Gannon Gremmel, as their first-place finishes at the U.S. Open granted them a spot in the finals.

Instead, Cyclone fans spent Friday watching two wrestlers who will be on the roster in the fall: David Carr and Hunter DeJong.

Carr built a 6-4 lead in the first period and followed by outscoring Van Maanen 9-5 in the second period, ending the match with a 15-9 score in Carr’s favor.

Next, Carr faced Arizona State’s class of 2018 commit Jacori Teemer in the semifinals. The first period ended with Carr leading 4-1, and the future Cyclones tagged on four more points to make it 8-1.

In the finals, Carr wrestled Penn State’s Brady Berge. Berge fell behind 4-1 early in the second period, but the Nittany Lion rattled off six points to take a 7-4 lead.

Carr added another point with five seconds left, but Berge hung on for a 7-5 win. Carr missed the cut to advance the the championship, finishing second in the challenge tournament.

In the 97-kilograms (about 213 pounds) bracket, Hunter DeJong competed. DeJong matched up with Virginia’s Quinn Miller in his first match.

Miller delivered a fall over DeJong, sending DeJong to the consolation bracket.

In the consolation bracket, DeJong faced Wyoming’s Cale Davidson. Davidson jumped out to a 5-3 lead after the first period, and he followed by outscoring DeJong 3-2 in the second period, defeating DeJong 8-5.

Carr and DeJong won’t advance, but Gomez and Gremmel will compete in a best two-out-of-three format in the championships. The action will begin at 1 p.m. on Saturday.