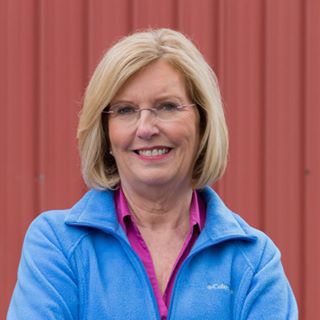 The second of three Democratic gubernatorial debates happened Wednesday where candidates tried to prove they would be the best nominee in the primary election happening June 5.

The second debate was broadcast on Iowa Public Television and is available online; for the full recap of the first debate click here.

The six candidates will meet at the final debate on May 30 in Des Moines.

After candidates gave opening comments and their own personal reasons for running, the moderators for the debate on Iowa Public Television, including David Yepsen, host of Iowa Press,  Kay Henderson, news director for Radio Iowa, and James Lynch, political reporter for The Gazette, asked the first of many free flowing questions.

What would be the first bill you would want the legislature to pass as Governor?

Norris and Hubbell both said they would end the privatization of Medicaid and focus on “fully funding K-12 education.” Wilburn also said he was committed to fully funding education as soon as possible.

Boulton and Glasson said they would aim to help workers in the state.

“We need to treat the state’s workers with dignity and respect again,” Boulton said, adding that he would reverse the changes from the legislature that he saw as anti-worker.

Glasson instead said she would go further and push for $15 an hour minimum wage in “the shortest period of time of any other candidate.” She said she would also immediately make all government contracted work have a $15 minimum wage which she says is within her power as governor

In a follow up question about which bills they would reverse, the candidates unanimously agreed they would reverse the privatization of Medicaid; McGuire was the only one who said she would wait for the move from the Legislature rather than making the decision unilaterally, saying that everyone’s voices needed to be heard in the decision.

What will you do about the recent GOP tax overhaul in the state? Would you repeal it? What new taxes would you add?

“We don’t have a revenue problem we have a priority problem,”  said McGuire about the tax plan. She continued to say that the state needs to focus on funding the right things and not as many wasteful tax credits.

Willburn said he would repeal it and replace it with a more progressive tax system aimed at taxing more towards the wealthy.

Hubbell said that the plan shows the fiscal mismanagement of the Reynolds administration, saying that we will never be able to afford what we want with tax cuts and credits to the wealthiest in the state.

Hubbell added that he was “not ready” to repeal the overhaul just yet but would instead focus on reviewing some tax credits that could restore upwards of $320 million in revenues.

Norris quickly responded to this saying, “It absolutely needs to be repealed,”

“There’s no way we can sustain a $2 billion tax cut in this state or underfunding education,” Norris Said “We’ve got tremendous mental health needs. We’ve got a water quality problem to fix up. And most of these tax cuts went to millionaires. They get a $25,000 a year tax cut. People making $25,000 a year get a $18 tax cut.”

The Iowa GOP was also quick to respond on social media.

Boulton agreed saying that the plan was a “fiscal nightmare.”

“We are sending six and seven figure checks from the Iowa taxpayer to businesses who don’t need it,” boulton said about reducing the number of tax breaks.

“I think we need a nominee who hasn’t had a hand in the cookie jar on all this. We’ve got people here who are willing to give away some of those [tax credits], as much as $250,000 per job in some projects.”

The moderators pushed back asking for Boulton to elaborate which caused an exchange between Norris, Boulton and Hubbell.

This was in response to Hubbells attacks on tax credits; during Hubbell’s tenure as interim director of the Department of Economic Development In Iowa he gave almost $10 million in loans to Wacker Chemical Corporation, which approximated to $250,000 per job that was created.

When the moderators went back to Boulton to elaborate, Norris interjected saying, “He gave out $29 million in tax credits over those four months, I think that’s probably what Nate’s referring to. When Fred took it over, the film tax credit had already been shut down. So, he stepped in and helped clean it up, no doubt, I’ll give him credit for that.”

Would you raise sales tax to ensure clean drinking water?

All of the candidates, except for Glasson, agreed they would raise the sales tax with many of them citing a survey that stated 63 percent of Iowans would support a ⅜ cent sales tax increase to ensure clean water.

Glasson stated that there were better ways to fund it, arguing that a sales tax disproportionately hurts lower incomes.

Willburn agreed with Glasson on this saying, “sales taxes can be regressive, I would review the tax as its implemented to make sure it doesn’t hurt people.”

After the moderators learned that everyone was in agreement on restoring Planned Parenthood funding and repealing bills like the fetal heartbeat bill, they asked why they would repeal it instead of letting the courts decide.

Wilburn and Norris said that the money the state pays in Litigation could be better spent elsewhere.

Hubbell said he wanted Iowa to be known for great healthcare, whether it is women’s healthcare or mental healthcare.

Boulton said it was bad legislation that was aimed at attacking people and exacerbating the health care crisis in the state.

McGuire succinctly said, “it was wrong”

Glasson said “If you’re up here talking about women’s reproductive health and safe, legal abortion, you better be walking the walk.”

When pressed by the moderators, she explained, “I’m challenging Mr. Hubbell, who has contributed to campaigns in the state legislature that actually voted for the fetal heartbeat bill.”

This is in reference to Hubbell’s contributions, amounting to $1,950, to Republican State Representative Peter Cownie of West Des Moines.

“Charlotte and I have known the Cownies for over 30 years, ever since Peter Cownie was a young boy,” Hubbell responded. “It’s a very close, strong family relationship. So, when we had an opportunity to support Peter, of course we did. Did I like his vote? No. Did I like the vote of anyone else who voted for it? No. If I was governor, would I have vetoed it? Yes.”

Hubbell then pivoted saying his ability to look across the aisle actually made him more electable in the general election.

How electable are you? What would you say about your greatest weaknesses?

The moderators started with Hubbell, calling him a “rich liberal from Des Moines” and someone who is “buying the primary election with all of his ads.” To this Hubbell said that he doesn’t just have ads, but has gone to all 99 counties and talked to people.

“My campaign has been focused on winning the general election since the start,” said Hubbell about his electability.

The moderators attacked Boulton’s age and connections, calling him inexperienced and too intertwined with unions. Boulton responded saying the people of Iowa are ready for “a new generation of leadership.”

Glasson was called too liberal, which she reveled in.

“I am proud of their attacks, calling me a union boss who improved working conditions and wages for all Iowans,” Glasson said. “We need a bold progressive, I am not the status quo politics as usual kind of candidate.”

Norris, who has lacked behind others in funding, was told he would never be able to raise money against someone like Kim Reynolds.

His responded saying that primary funding and general funding are very different.

“I have been told by donors to the other candidates on stage that they would back me if I won,” Norris said. “We need someone who can bring everyone together, and I can do that.”

Wilburn was called a University town Liberal who could never connect to rural Iowa. He disagreed saying that he talks to rural Iowans on the campaign trail and connects to them  all the time on issues like healthcare.

“I can cut across party lines,” Wilburn said.

McGuire, who oversaw a widespread defeat in the 2016 election, was asked how anything would be different this time around.

She responded saying that it was a national wave that caused the defeat rather than her actions, and her oversight of the Democratic party created county chairs where there were previously none.