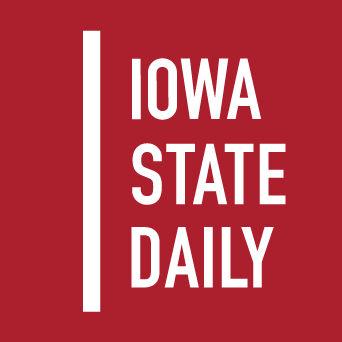 We were recently the target of a hit piece via a letter to the editor of the Iowa State Daily.

We give everyone the benefit of the doubt, because to think that this individual decided to dance on the graves of 100 million dead, just to bash Donald J. Trump is such a heinous deed, that we hope it was satire for their sake.

To think that that crimes of communism against humanity don’t directly affect our club is pure ignorance. Many of our members’ families were impacted by communism. Whether in Asia, Europe or Latin America, communism has directly impacted our members, something many people don’t bother to educate themselves on.

To say that 100 million deaths is equivalent to a leader who was democratically elected by the people, and is somehow the same, is an insult to those who spoke up, to those who went against the grain and to those who wanted a better life for their family from the evils of communism is pure ignorance. There is no way a communist society can exist without an authoritarian regime, for who would agree to every aspect of their life being scrutinized without such a powerful government keeping them in check?

Perhaps this individual didn’t know what a memorial meant. “Something, especially a structure, established to remind people of a person or event.”

We shall always remember.

Perhaps this individual didn’t have their family stolen from them for speaking out against the government.

We will never forget them.

Perhaps this individual assumed in a flyover state such as Iowa there would be no one who bore the brunt of the communist fury.

We will never forget them.

Perhaps this individual never grew up missing a grandmother because she chose to speak out for what was right.

We will never forget her.

We hope to God they never went through that. We want to believe they have at least a scrap of humanity hidden deep inside them.

We know what communism meant. And those individuals will NEVER be forgotten.

To be honest we envy their ignorance.

We wish we could have known that woman who spoke out. Our loved ones taken away, never to be seen by mortal eyes.

We wish she could be with us today. But she won’t be. She is long gone, but we will never forget her. We will forever miss that soul taken via the communist regime she loathed.

Honestly such an ignorant piece helps us remember her; we grew up in a beautiful country, where anyone can openly criticize the government without fear. Unfortunately she could not. While we may mourn her. Such a memorial and her beautiful family she left behind will be an inspiration to us all.

Despite your religious affiliation or whether or not you adhere to a religion, 100,000,000 deaths you can not ignore, you cannot brush aside. Just because you disagree with a scientific study doesn’t mean you can cast it aside. When that study is scientifically proven by many to be a true fact, just because you dislike it, you cannot cast it aside. Unless of course you disagree with the value of a life. In which case your own humanity is in question.