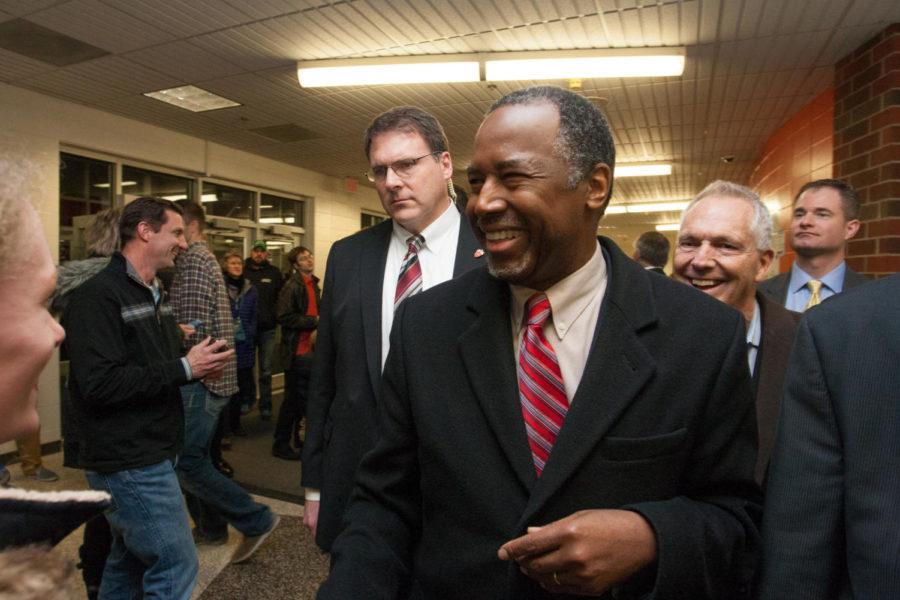 Neurosurgeon Dr. Ben Carson met with Iowans at caucus locations throughout Des Moines at the Iowa Caucus on Monday, Feb 1. His message of returning America to greatness both economically and morally mirrored many other republicans in this election cycle.

In March 2018, Ben Carson, Secretary of The Department of Urban Housing and Development (HUD), implemented a policy shift that will reverse Obama administration policies that erase racial, ethnic and income segregation in development projects and federally subsidized housing.

As a Trump appointee, it makes perfect sense that Ben Carson would be working to reverse any Obama-era policy, even if that policy was helping people. Trump has been on a crusade to make sure that he undos everything Obama put in place, and that fact that Ben Carson is helping in that mission is no surprise.

As an African American man, it makes absolutely no sense as to why Carson would make this policy change. These changes are taking us backwards, not forwards. This decision benefits no one. As a country that is trying to solve racial tensions, not make them worse, this policy change is unapologetically racist and damaging.

It also makes no sense that Carson would remove the words like “inclusive” and “free from discrimination” from HUD’s mission statement. What does that accomplish? Carson is fighting against his own interests and making it more difficult for the country to try to mend racial wounds.

Ultimately, what this all comes back to is that Carson isn’t qualified to be the secretary of HUD.

Carson has no previous political experience before he decided to run for president in 2016. Secretary of HUD is the first government office that he had held, and it shows.

Recently, he blamed the purchase of a $31,000 dining set for his office on his wife. The ISD Editorial Board is sure that Mrs. Carson is a lovely and capable woman, but Ben Carson shouldn’t be putting that responsibility in her hands in the first place. It is his department, not hers, and it is his job to make sure his department isn’t spending an extravagant amount of money on a dining set.

Carson has no experience in government, and because of that, Trump is able to control and manipulate him however he likes. Carson will match Trump’s wishes and policies, even if they go against his own interests, because he simply doesn’t understand how to do his job. And despite being an accomplished neurosurgeon, he isn’t the sharpest scalpel on the table.

America has come a long way in race relations, and we still have miles to go, but we aren’t going to move forward with people like Ben Carson and Donald Trump dragging us backwards.