Inside the Fashion Show: Meet the Creative Directors 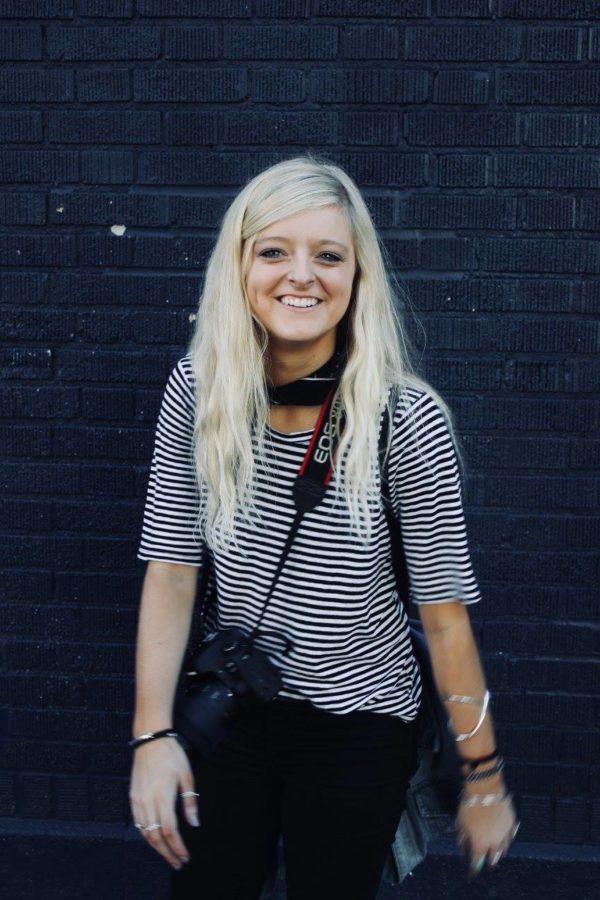 Ellen Titman, a junior in graphic design, and a creative director for the ISU Fashion Show.

The ISU Fashion Show’s creative directors are a lot like the work they create: fun, sophisticated, inventive, stylish, creative and powerful.

The theme of the show can be created by any member of the fashion show, all they have to do is create a theme concept through the use of a mood board. A mood board is an arrangement of images, materials, pieces of text intended to evoke a particular style.

“We had our two mood boards but everyone really liked both mood boards and didn’t want to give either of them up. So the directors had the idea of combining the two together because they were a tie and they both had cool concepts, just not enough,” Titman said. “So after combining them, everyone loved the idea.”

The name of the theme of the fashion show, was voted to be called “Resilience.” The definition of resilience is: the capacity to recover quickly from difficulties; toughness. The name Resilience was inspired by this year’s guest designer to the fashion show, Patagonia.

Typically, the theme of the fashion show and the guest designer do not have much of an effect on each other, but this year the brand aesthetic of Patagonia and the fashion show’s theme have many similarities.

“We were definitely inspired by [Patagonia] as we’re super excited for them to be our guest. So we just wanted to have a theme where we incorporated a deep-rooted greenery scene with very modern art,” Titman said.

The two also expressed their recent visit to the Museum of Modern Art in New York City as another major source of inspiration for their mood boards.

“We really wanted to emphasize the crisp and simplistic principles of modern aesthetics and tried to carry those through in our moodboard,” Moorman said.

Once the theme is selected in a vote by all fashion show members, the creative directors take the mood board and put it into terms of graphic design principles and help every fashion show committee to understand what the theme is to look like to keep it cohesive throughout every committee.

Moorman said this is one of the most difficult parts of being creative director because it includes speaking on behalf of the mood board designer’s opinion.

“Sometimes it’s hard for people not embedded in the discipline to understand where we are coming from, but we do base our opinions in design principle, so sometimes it’s hard to get people on the same page despite its validity,” Moorman said.

Once everyone understands the theme, any committee director can submit a request to the art directors to make any design or promotional tool they may need. They do this so that they can continue to have complete brand consistency across the entire fashion show.

“If a committee needs invitations to send to alumni, they go through us to have these designed. If the outreach producers are sending a pitch to Patagonia to join the show, we develop the visuals,” Moorman said. “It is our job to execute this theme on all show branding and promotional collateral. From posters, to watermarks, to programs, to t-shirt, we help to create and execute the brand seen as The Fashion Show 2018.”

Typically, committees are required to give the creative directors two weeks notice if they decide to submit a request. Some projects are bigger and take longer, so there is a longer timeline to complete those projects.

“Our committee members are a great addition to our creative process. They provide a fresh perspective and can sometimes get Ellen and I out our own boxes. They have an assignment every week that is a direct request from another committee. While we get final critique to their files to ensure consistency, they are huge contributors to all the show collateral,” Moorman said.

The most rewarding part of being the creative directors, for both Titman and Moorman, is seeing all of their hard work come to life, as well as, being able to meet new people through the fashion show.

“Seeing the work even just hanging up on campus or seeing your program of the fashion show…just holding your physical work is really fun and rewarding. Then also meeting new people and making new friends through the show…that’s awesome,” Titman said.