Graves’ progress as Dean of the Graduate College 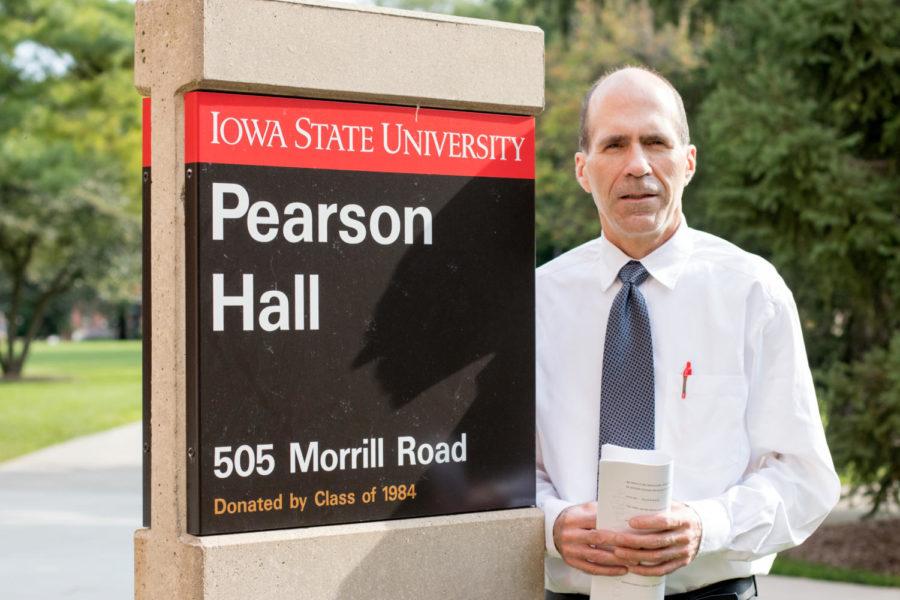 Dean Bill Graves of the Graduate College has been in the position since July 2017.

Bill Graves took office as Dean of the Graduate College in July of 2017, and here’s what he’s done since then.

Iowa State is experiencing a drop in applications now, something that has had a major impact on organizations like the Graduate and Professional Student Senate (GPSS), as they have a $5000 deficit in their budget as of their last monthly meeting March 26. This deficit is the first in five years, however is down several thousand dollars from the previous meeting in February.

In regards to the decrease in enrollment, Graves said this drop is a small fraction, and wasn’t a dramatic decrease. Graves said decreasing just slightly is still what he would call stable.

“This fall it was down by a small fraction,” Graves said.  “Technically it’s stable and wether that’s meaningful I guess is debatable.”

Preceding this year, the GPSS President Vivek Lawana said the graduate college had been experiencing a steady growth in numbers, making this uncharacteristic drop come as a shock.

Graves said he does have a plan to improve enrollment however, including several initiatives he has worked on this school year.

Something in early development that Graves is working on is a reduction in application costs for the Graduate College.

Currently domestic applications are $60 and international applications are $100, and with students applying to half a dozen graduate colleges, this adds up fast. Graves is working on possibly eliminating this fee, as costs can be an issue when deciding where to apply.

“This is still in the very early stages of being discussed and is at least another year out,” Graves said. “But this could help keep us competitive, since costs can be a barrier when students are choosing where to apply.”

Also included in the application process, Graves is eliminating the admission categorization of graduate students.

Iowa State for many years has had admission statuses in the graduate college — full, provisional and restricted.

Full status is the most common, and students are simply fully admitted.

Provisional status students are good students, however they lack a few courses from undergraduate college, and once they complete these requirements they are considered a full student.

Restricted status is for students who didn’t meet the typical GPA requirement and struggled in some courses as an undergraduate and need to boost their GPA and complete certain classes in order to be fully admitted.

Students were required to be a full admit in order to graduate. This has been eliminated. Graduate students are simply admitted now, and Graves has worked with the Graduate Council and determined the categorization made Iowa State less competitive at recruiting.

“It makes [students] feel stigmatized,” Graves said. “There’s no need for that — we’re simply going to admit them.”

Graves has also been involved in programs on campus for recruitment to increase funding, and he plans to use the additional allocated funds to make “bonus packages” as incentives to bring more qualified students to the university.

“In the height of recruiting season, these financial packages can be very attractive,” Graves said.

On the topic of funds — this year was the first in several years where graduate students will not be receiving an increase in minimum stipends on campus. Graves said in the face of incoming budget cuts, the Graduate College needs to balance the concern with making sure graduate students have enough to be comfortable.

The current minimum stipend is $2000 a month, however Graves said he encouraged professors to offer more if they can to keep their assistantships competitive.

GPSS President Lawana and GPSS Vice President George Weston both say it is rare that professors offer more than the minimum, so a majority of graduate students are making the same amount from month to month.

Part of the reasoning for this increase not happening this year is the switch to Work Day in the Iowa State system. This program change will involve paying graduate assistants in terms of half semester, a full semester and a full year.

Lawana and incoming GPSS President Norin Yasin Chaudhry expressed concern that this will have a negative impact on graduate students, and Chaudhry said she plans to make this a priority during her time as president of GPSS during the 2018-19 school year.

Chaudhry and Lawana believe this to be especially problematic for students studying abroad as well as international students, as problems with VISAS can prevent students from getting here right away, as well as other reasons regarding travel, resulting in them not receiving pay for an entire half semester possibly.

“Let’s suppose [a graduate student] were to work over the summer and they miss two weeks of work — they miss the minimum time and they might not be paid for it,” Chaudhry said.

Graves says the Graduate College’s website is their main recruiting tool, so making sure the websites are effective is a primary concern.

“We need to make sure the website is up to date in order to stimulate interests,” Graves said.