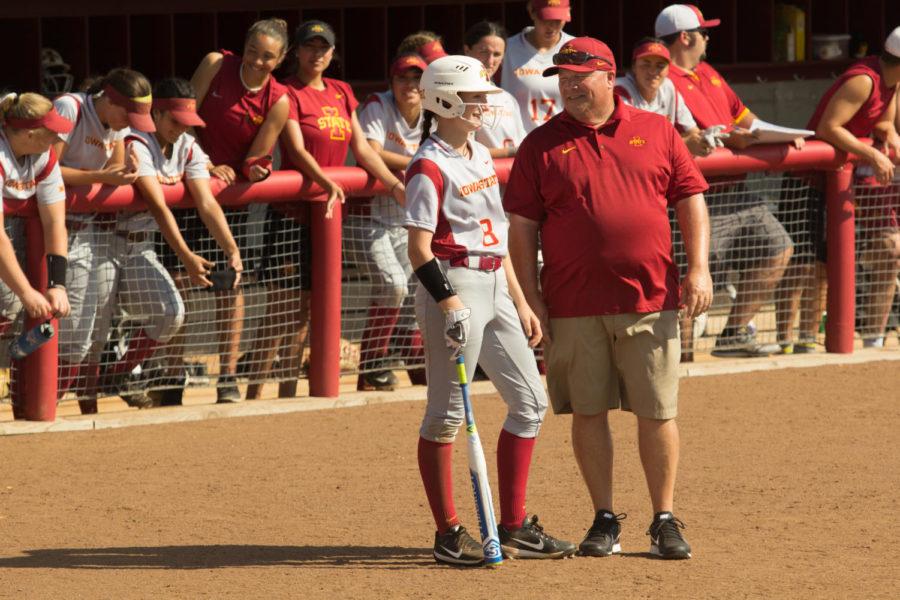 The Iowa State softball team is headed to Las Vegas this weekend for the Marucci Desert Classic. The team looks to continue the momentum from the Kickin’ Chicken Classic.

The tournament won’t be an easy one for the Cyclones. They will face Boise State, Long Beach State, BYU, Nevada and San Jose State.

The Cyclones saw an amazing defensive performance last weekend with a .984 team fielding average. The team lacked on the offensive side after several scoring opportunities were not converted.

“We just didn’t do a good job of situational hitting,” said coach Jamie Pinkerton. “Definitely not hitting any panic buttons.”

The Cyclones failed to score in three games. The team will look to heat their bats up this weekend.

“Going to a different coast and facing a totally different type of softball,” Pinkerton said.

The team will now travel to a different environment and will be facing completely different teams.

The Cyclones will take on Long Beach State and San Jose State. They are both 4-1 overall.

“This tournament is going to be tougher,” Pinkerton said.

“Honestly, it’s great to go home. I have a lot of family that’s going to be coming,” Beatty said. “Trust the process, keep working hard and the results will show.”

Last weekend the pitchers all pitched a complete game. They look to continue the hot streak into this weekend.

“We are playing good teams this weekend. It will be good competition. We’ll be able to see where we are at,” said junior right-handed pitcher Savannah Sanders.

“I think it’s going to be a good year for sure,” Sanders said.