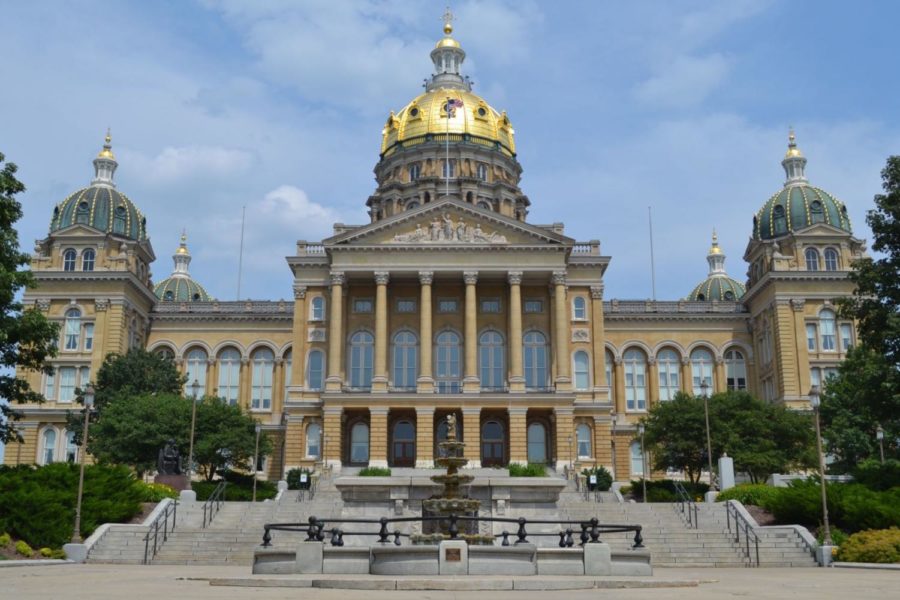 State funding cuts leave Iowa universities in a tough spot. They'll either have to increase tuition or face other consequences.

A new bill about religious liberty is moving through the Iowa legislature and stirring up controversy after opponents say it will lead to discrimination.

Currently, Iowa law does not require courts to strictly follow the free exercise of religion when enforcing and reviewing laws, but this bill, SSB 3171, aims to change that.

Sen. Julian Garrett, R-Indianola, who heads the committee the bill was passed in, said it would require the government to have the highest amount of proof before discriminating against someone’s free exercise of religion.

“If the government is impeding on religious beliefs, they would only be able to do so as a last resort, and this is essential to protect the free exercise of religion in Iowa,” Garrett said.

One example Garrett cited was in Texas where the government subpoenaed sermons of a pastor to make sure he wasn’t discriminating against some in his audience. He said he felt that this action was an overreach of power.

“Preventing the discrimination of religious practice like this is really the purpose of the bill,” Garrett said.

One political group at the University of Iowa was kicked off campus for not letting a gay student lead a group.

“This group is now back on campus, but if this bill had been there, it would have protected the group’s religious freedom,” Garrett said.

Opponents see this application of the bill as problematic. Rep. Beth Wessel-Kroeschell, D-Ames, said that allowing these groups to discriminate and exclude is not a part of Iowa values and would be breaking the Iowa civil rights code.

Wessel-Kroeschell, who helped add new protections under the civil rights code in 2007, said, “this bill would be infringing upon many of the protections that were added including the accomodation protection that would prevent a religious person from discriminating against someone based on their sexuality.”

The religious group at the University of Iowa defended their decision arguing that other groups on campus were allowed to disallow certain members from being in leadership positions. The conservative christian group says they allow anyone to join their group, but the leaders in the group must affirm a statement of faith that rejects homosexuality.

When asked, Wessel-Kroeschell denied this claim, saying that discrimination has been prevalent in states that have passed similar laws and they have faced “massive economic problems as a result.”

“Diversity and anti-discrimination policies help businesses grow and provides a reason for them to come to Iowa. The state owes its low unemployment, pro-business system largely to the protections in the civil rights code,” Wessel-Kroeschell said.

The bill has passed a Senate committee and will face floor debate later this session.

Editor’s note: This article has been updated due to an error. Sen. Julian Garrett, R-Indianola, headed the bill when it passed through the committee and does not head the bill on the senate floor. The Daily regrets this error.