Update: Kyle Kempt comments on his sixth year of eligibility 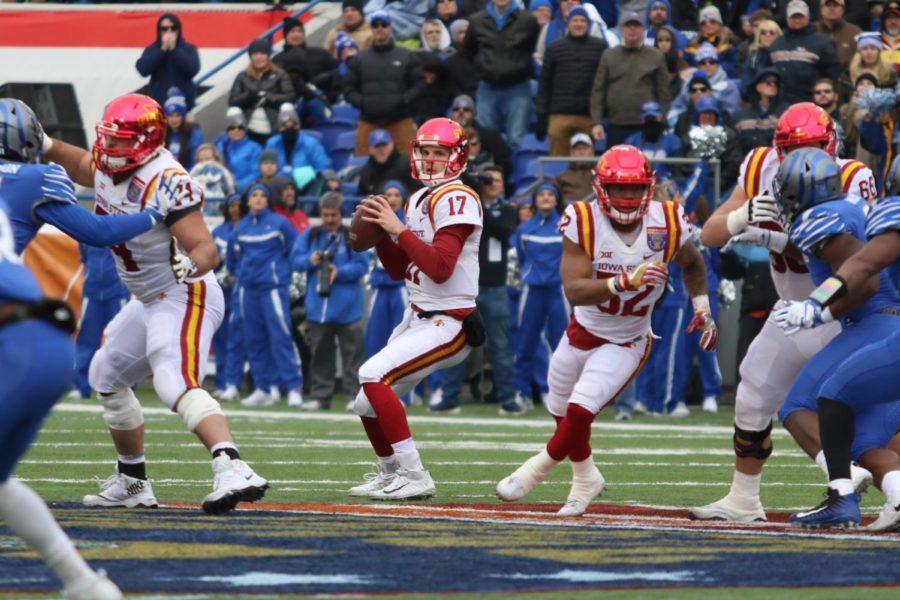 Iowa State senior Kyle Kempt looks downfield for an open receiver during the first half of the AutoZone Liberty Bowl in Memphis.

Aaron Marner, Noah Rohlfing, and And

Iowa State finally got the answer to one of the offseason’s biggest questions: will redshirt senior Kyle Kempt be granted his sixth year of eligibility?

Today, the Cyclones found out he would, in fact, be allowed to continue his college football career.

Iowa State announced today that Kempt had been granted a sixth year of eligibility by the NCAA. The Cyclones also announced that Kempt has been placed on scholarship after spending two years as a walk-on.

Kempt said that he had received word of the NCAA’s decision on Feb. 1 from coach Matt Campbell, eight days before the Cyclones’ official announcement.

“I was sitting in the training room with Hakeem [Butler],” Kempt said. “He told me that I got the waiver and that I was coming back.”

Kempt started his college career at Oregon State, but did not see the field in either of his two years there. After a coaching change, Kempt transferred to Hutchinson Community College in Kansas, where he also did not play.

In 2016, Kempt transferred to Iowa State and played in two games, going 2-for-2 for 15 passing yards.

Kempt quarterbacked the Cyclones to an 8-5 record in 2017, including a win in the AutoZone Liberty Bowl. In nine games, Kempt threw for 1,787 yards, 15 touchdowns and three interceptions. Kempt completed 66.3 percent of his passes on the season, setting an Iowa State record for highest completion percentage.

Kempt’s return will bolster a quarterback corps that also returns redshirt sophomore-to-be Zeb Noland, who started one game in 2017 as a redshirt freshman.

Kempt said that he’s going to have to take a bigger leadership role in the quarterback room next season.

“I’ve got to work harder than I’ve ever worked before,” Kempt said. “We have a bright future ahead of us.”