Theressa Cooper: the assistant dean of diversity in CALS 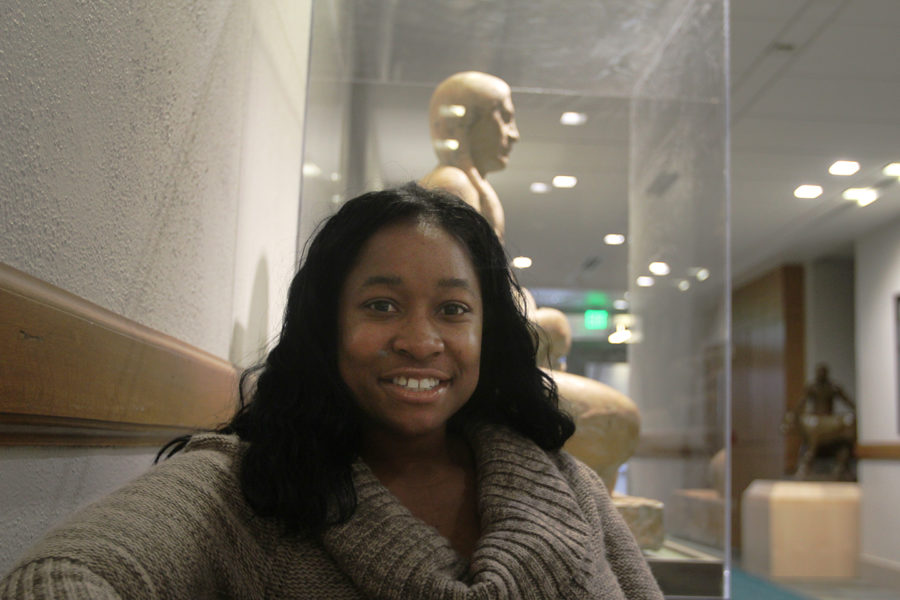 Theressa Cooper is the newly hired assistant dean for diversity in the College of Agriculture and Life Sciences.

“My love of the earth and my roots in agriculture run deep.”

Theressa Cooper, assistant dean of diversity in the College of Agriculture and Life Sciences, reflects on her time here over the last five years and the experiences that brought her to this point.

With three other siblings, Cooper gained her love for agriculture and cultural competency through her family. Originally from Jefferson, Texas, Cooper grew up in a farm family.

“On my mom’s side, we were a farm family, we still have ancestral property,” Cooper said. “A lot of my influence and sense of community comes from my roots in small towns.”

Cooper’s mom was a county extension agent and father was a Vietnam veteran, paramedic and EMT. Through her parents and 4-H she learned a sense of service and a strong work ethic. Four-H is an outreach program where “kids complete hands-on projects in areas like health, science, agriculture and citizenship, in a positive environment where they receive guidance from adult mentors and are encouraged to take on proactive leadership roles,” according to the 4-H website.

“My love of the earth and my roots in agriculture run deep because that was my experience. I’m passionate about the land and the value and how do we get other people to care about it,” Cooper said.

When Cooper went to college, she combined her roots and agriculture and her need to serve and went into agriculture education.

Right after college, Cooper went to work for the University of Tennessee, Knoxville as the director of academic success programs and outreach initiatives in the college of agricultural sciences and natural resources.

“The role of this position was doing recruiting and retention of underrepresented students,” Cooper said. “There’s a very strong history of people of color and their connections to agriculture, and so how do you break through that.”

While at the University of Tennessee, Cooper earned her doctorate in cultural studies.

“You outgrow places, it doesn’t have to be bad, it’s just time,” Cooper said.

When people asked what kind of job she wanted, she would count it off on her hand. One that allowed her to continue to work with students, teach classes every once in a while. It also had to allow her to deal with race, class and gender and apply it to agriculture — while traveling and being an administrator.

Then, the job came along to be the assistant dean of diversity in the college of agriculture and life sciences here at Iowa State. A friend of hers who worked in the veterinary school at the University of Tennessee told her about the position.

“I said ‘You couldn’t have found my job because it’s in Iowa, there’s nothing there but corn,’” Cooper said.

People would remind her of the list of things she wanted in her future job.

“When I looked at the job, it was my job,” Cooper said. “It was everything I had been saying.”

In the middle of winter, Cooper came to Iowa State and “the stars aligned” and she got the job and started five years ago on Jan. 1.

“It was always meant to be my job and the rest is history,” Cooper said.

The College of  Agriculture and Life Sciences is the only college on campus to have this position. Cooper said that it says a lot about the college.

“We believe in these issues and we are going to put our money where our mouth is,” Cooper said.

Coming to Iowa State, there was already a background built in the college for underrepresented groups and inclusion. It was a place that was already ready to do the work in representation. Walking in the door, she had support from “the top down” with administration such as Wendy Wintersteen, the former dean of the college, and Joe P. Colletti, the previous associate dean and current interim dean of the college, all dedicated to the work in diversity.

Though, there were some challenges. “Intent versus impact,” implicit biases and privilege are a few of the challenges that took a person to call it out to help it move forward.

“There was a lot of growth and thirst for knowledge,” Cooper said.

Working with faculty and students, Cooper has been striving toward improvement. One of the initiatives she has worked on is building safe spaces and trust without seeing judgement.

One of the programs working with this is the Lunch and Learn program. Through this, attendees are able to address issues around cultural competency, gain resources and ask questions.

“There is power in being able to give voice to how you’re doing,” Cooper said.

Racism, discrimination, nativism and biases are just a few of these topics.

In working with students, Cooper has seen that students face imposter syndrome. There is also an absence of color in the room. “If I never see anyone who looks like me doing something, then how do I know I can do it?” is a question Cooper and students in the college are working with.

Along with the Lunch and Learn program, Cooper also helped in “fireside chats” with the dean, in which students are able to voice their opinions on the state of the college to the dean.

“It was kind of like getting the pulse of the students and the environment, every so often, you check your heartbeat and you check your pulse,” Cooper said.

Out of these meetings, the leadership was able to get direction.

Other programs Cooper has helped create is the Leaders Enhancing Agriculture, Diversity, Inclusion and Trust Collective, or the LEAD IT Collective. This program came from an outcry by students in the College of Agriculture who did not feel they were being represented and the college was not as welcoming.

The mission statement says the group is “committed to building strong leaders and community partners who not only acknowledge the values of diversity, multiculturalism and inclusion, but also recognize the importance of developing intercultural competency through active engagement with academics, multicultural programs and social justice initiatives.”

The George Washington Carver Summer Internship program, which has been around for more than 28 years, is also under the advisement of Cooper. This program “seeks to improve the research enterprise through increased diversity,” the program application states.

Over the last five years, Cooper believes the progress has gone well.

“I think all change is good, even if it appears to be bad, there’s a lesson to be learned,” Cooper said.

“I have seen growth, more conversations, heard people use the phrase ‘cultural competency,’ I think there’s change happening for the positive. Things are moving forward and I’m still really happy to be here.”