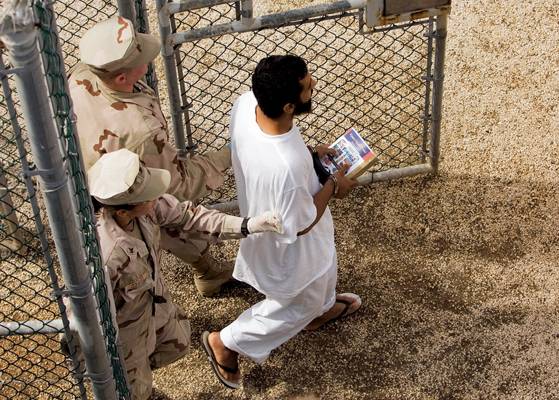 Last Tuesday, President Trump gave his first State of the Union address to the country. Among other things, like the construction of the border wall, Trump mentioned Guantanamo Bay, promising to keep it open.

This is a mistake.

Guantanamo presents a slew of issues for America. It is expensive to run and there have been serious claims of torture taking place there.

There are only 41 prisoners in Guantanamo at the present moment. Now that may seem low, and it certainly is, but the craziest part is the amount of money we are spending on each prisoner.

In 2015, Guantanamo Bay cost $445 million dollars to operate. That means we are spending nearly $10 million dollars for each prisoner there. Clearly, this is waste of money.

The monetary benefits of closing Guantanamo Bay alone could be enough of a reason to close the facility. But there is also the problem of torture.

An independent U.N. human rights investigator said he had information about a prisoner in Guantanamo Bay is being tortured. The Department of Defense has denied the allegation.

Guantanamo Bay has a long history of torture, so to hear that this is still taking place is horrifying. America cannot continue to fund a place that is torturing its inmates. Torture is a violation of human rights, something that America believes strongly in protecting. It would be hypocritical of us to claim to defend human rights while torturing prisoners in our own facility at the same time.

So why does Trump want to keep Guantanamo Bay open? Besides showing the world he has a hard-line on terrorism, it is likely he is determined to keep it open because it was one of Obama’s goals to close it.

Trump has been against almost everything Obama stood for simply because Obama fought for it, like the Paris climate agreement and Obamacare. This childish way of conducting politics isn’t going to help anyone, especially America.