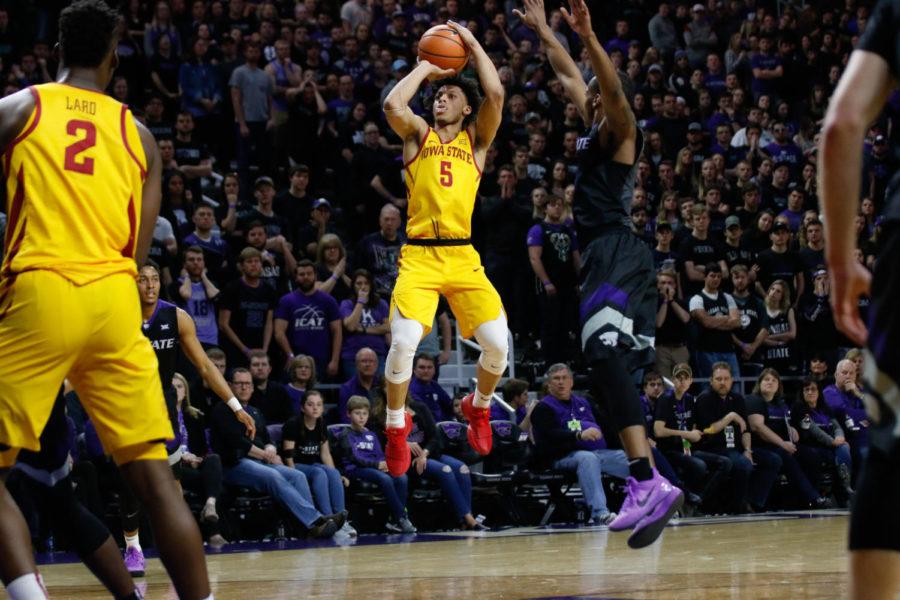 Iowa State started slow. The Wildcats took a 12-6 lead into the first media timeout, thanks in large part to an edge on the offensive glass. Kansas State grabbed an early 8-2 rebounding advantage, which led to four quick second chance points.

Both teams went ice cold for a stretch, resulting in a low-scoring affair.

Iowa State ended on a hot streak to tie the game at 33-all at the halftime break. Freshman guard Lindell Wigginton led the Cyclones with nine points in the first half. Redshirt freshman forward Cameron Lard added seven points and a team-high four rebounds.

Just like the first half, Kansas State got out to a lead early in the second. The Wildcats used a 21-6 run to get to a 54-39 lead within the first seven minutes of the half.

From there, the game got away from the Cyclones. Kansas State extended the lead to as many as 19 points.