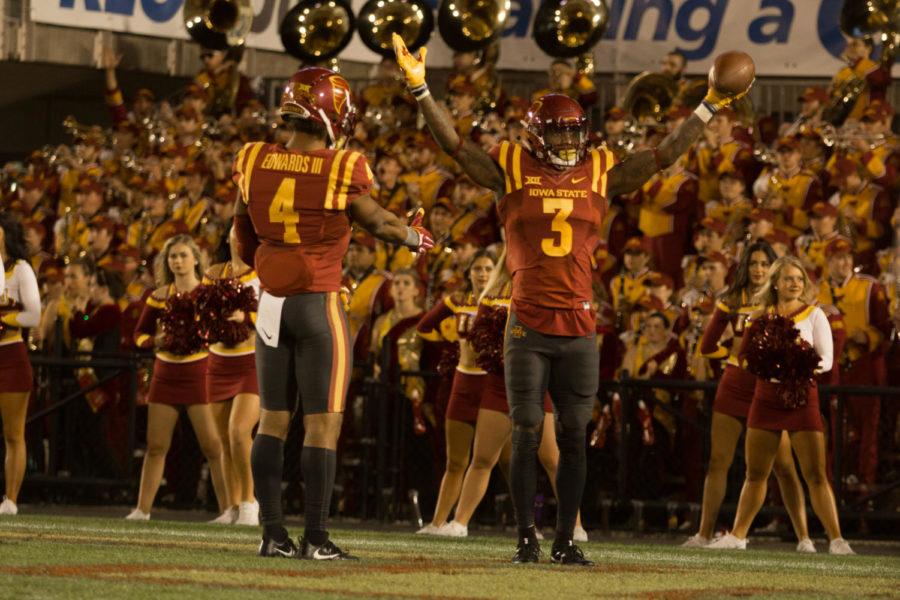 Reggie Wilkerson looks to the ref after running the ball into the end zone during the Iowa State vs Texas Football game. Longhorns won 17-7.

Those two players are redshirt seniors Reggie Wilkerson and Mackenro Alexander and both accepted those invitations to play. The game will take place on Jan. 10 in Addison, Texas.

These two aren’t the only Iowa State players to participate in the postseason games. Allen Lazard will play in the Reese’s Senior Bowl on Jan. 27, while Joel Lanning will play in the East-West Shrine game on Jan. 20.

Wilkerson transferred from Georgia this season and had a total of 80 tackles, one interception and one and a half tackles for losses. Alexander played in 10 games this season, while recording 24 tackles and being a member of the Iowa State special teams group.