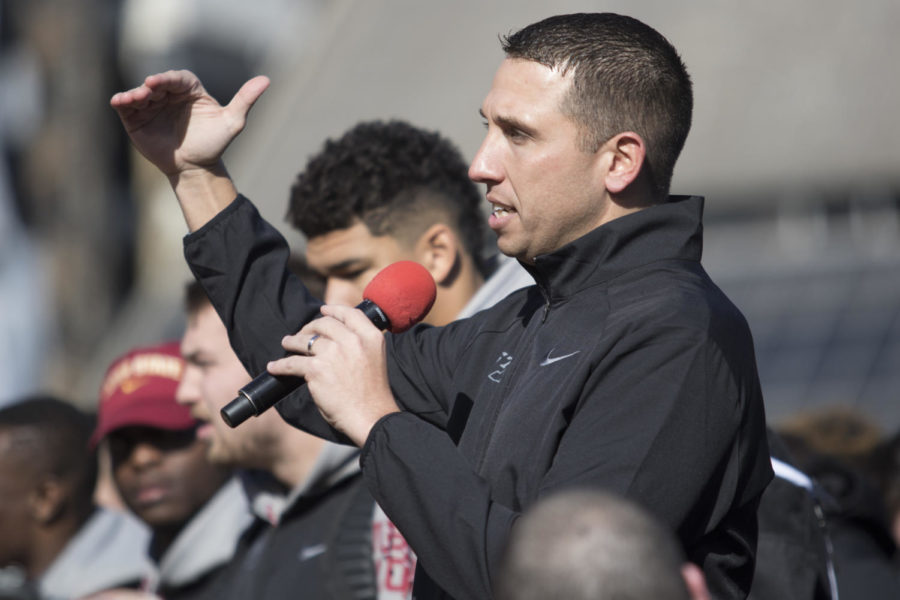 Iowa State head coach Matt Campbell thanks the crowd during the Cyclone Spirit Rally in Memphis.

Iowa State may not have finished in the top 25 poll to end the 2017 season, but if USA Today’s “way too early” top 25 for 2018 is any indication, next year is looking better than ever.

“This is the next step for Matt Campbell and the Cyclones,” Paul Myerberg wrote. “After breaking through in a big way this past fall, Campbell has Iowa State destined to become an even bigger thorn in the sides of the established programs in the Big 12. The way Campbell is building ISU is through a culture, and every passing season finds that foundation taking an even more solid hold.”