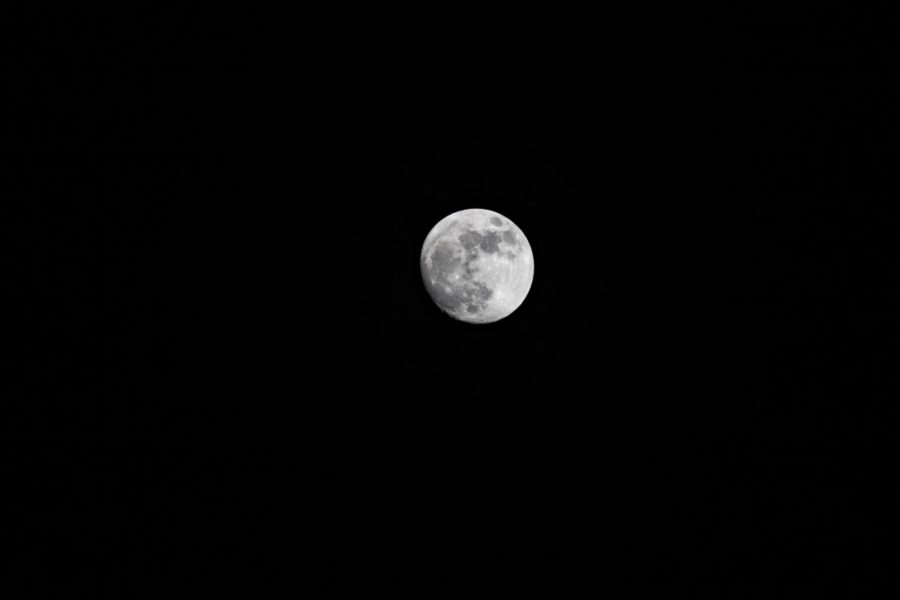 As the sun begins its ascent into the sky on Wednesday morning, there will be another spectacle happening to the West.

A total lunar eclipse will be visible just above the horizon for those in Central Iowa at around 6 a.m. on Jan. 31. This eclipse, however, will be unique.

Occasionally, the moon orbits slightly closer to Earth, meaning that it appears larger in the sky. This is known as a supermoon, and it will be visible on Tuesday night and will still be visible Wednesday morning.

Travis Yeager, an astrophysics graduate student at Iowa State, said that viewers can expect to see the beginning of the lunar eclipse, but because the moon will be setting as the eclipse happens, the total eclipse won’t be visible.

Yeager said that viewers can also expect the moon to turn red instead of disappearing into the night because of the ways that light shines through the earth’s atmosphere and is reflected onto the surface of the moon.

“Slowly, the moon will start to dim,” Yeager said. “You’ll start to see a shadow and the curvature of the earth move across the moon.”

If the moon were higher in the sky during the total eclipse, the reverse of the process would be visible as the earth’s shadow moved back across the moon’s surface.

A lunar eclipse is only possible during a full moon and if the sun, moon and earth form a straight line. When they form a perfect alignment, the result is a total eclipse, said Steve Kawaler, a professor of astronomy at Iowa State. While lunar eclipses happen once or twice a year, he said that total eclipses only occur on an average once every two years.

While lunar eclipses happen infrequently, Kawaler said, they can be predicted for hundreds of years into the future with great precision.

While the earth’s shadow will begin to move across the moon around 6 a.m., the moon will set as the eclipse reaches totality, around 7:30 a.m.