Senate holds its first meeting of the semester 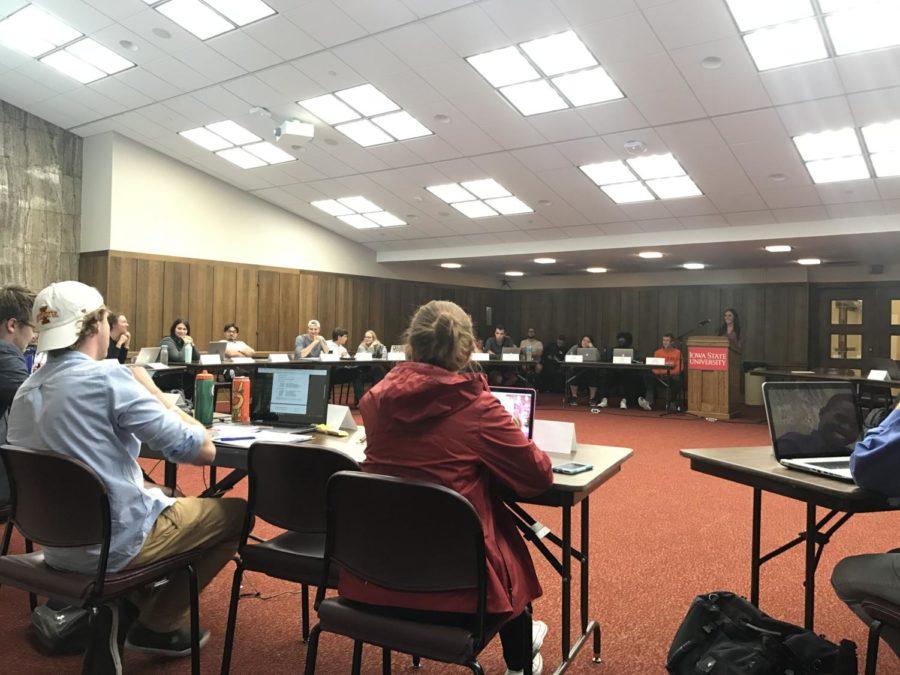 Monica Pietig stands at the podium during Wednesday evening's Student Government meeting before being confirmed as Supreme Court Chief Justice.

Student Government convened Wednesday evening for its first meeting of the semester and its last legislative cycle under its current administration.

The program for the meeting was given by Director of Information Technology Scott Fisk, who updated the Senate on new initiatives from information technology. Fisk outlined a new website Keystone, a site designed for Senate member profiles, legislation and more.

Fisk also demonstrated login system Okta, a secure system which consolidates emails and website logins into one place. Fisk said both Iowa State and non-Iowa State applications can be added and accessed through Okta.

“You click one button, it logs you in,” Fisk said.

According to Fisk, Okta is slated to go fully live in February, as the site is still in the process of being debugged and improved.

Former United Residents of Off-Campus Senator Maria Archevald addressed the Senate during its open forum, addressing the women of the Senate and praising the female representation in the current body.

Vice President Cody Smith also addressed the upcoming election cycle, noting a vote on a new election commissioner would be held in the coming weeks.

Director of New Student Outreach Yash Lekhwani mentioned the new broadcasting equipment intended for the Senate live stream videos as well as extensive video services in the Memorial Union. Since not all of the equipment had arrived, Lekhwani said the equipment should be available within two weeks.

New business went into its first read at Wednesday’s meeting. Orders include:

New business will be discussed at next Wednesday’s meeting.

New internal business will also be discussed at next Wednesday’s meeting.

Vice President Smith also confirmed the next Town Hall for Jan. 22, with the meeting focusing on community issues like infrastructure and substance abuse.

For more information or to contact your senator, visit stugov.iastate.edu. The senate meetings are open to the public on Wednesdays at 7 p.m. in the Campanile Room of the Memorial Union.