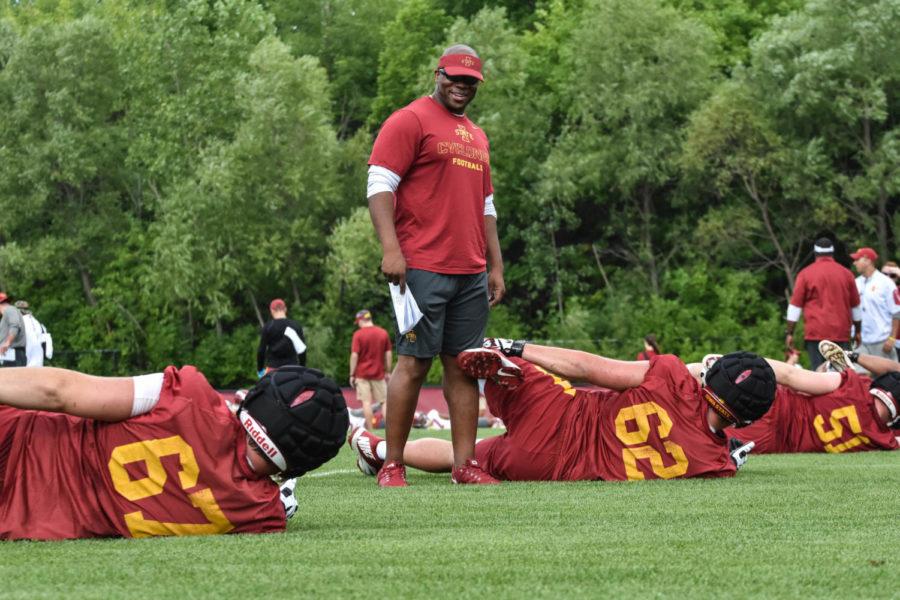 Iowa State’s running backs have stood out over the last few years, but one of the main people responsible for that is leaving.

Louis Ayeni, who just finished his fourth season as Iowa State’s running backs coach, will reportedly take the same position at Northwestern. The news was first reported by Pete Thamel of Yahoo Sports.

Ayeni came to Iowa State in 2014 from Toledo. At Toledo he coached Kareem Hunt, who led the NFL in rushing yards this season for the Kansas City Chiefs.

Under Ayeni, current-junior running back Mike Warren broke out as a freshman. He led all FBS freshmen in rushing yards with 1,339 yards on the ground.

In 2017, Ayeni was instrumental in helping sophomore David Montgomery break out on the national stage. Montgomery and the Cyclone offense didn’t lose a single fumble until the Liberty Bowl against Memphis, ranking No. 1 nationally in fewest lost fumbles.