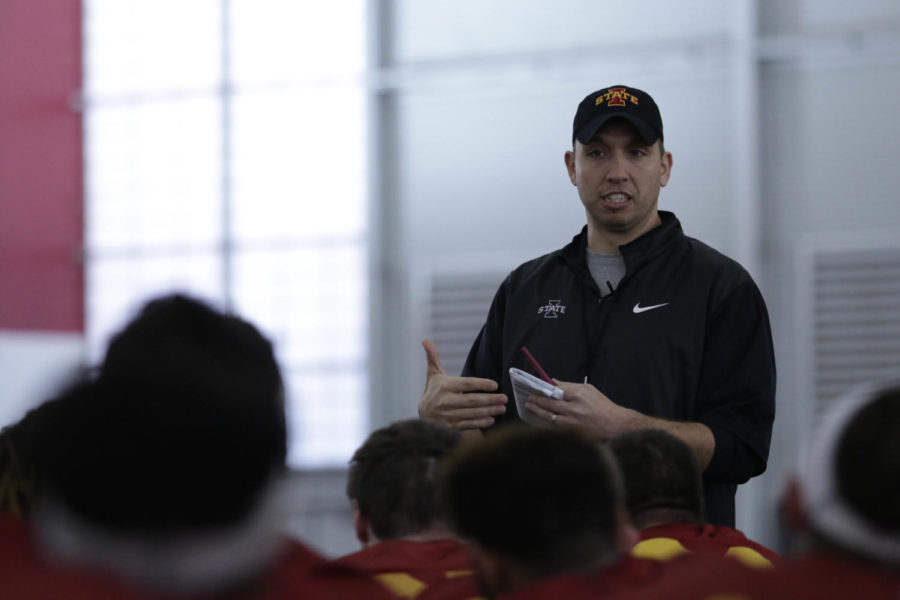 ESPN released its 2017 All-Big 12 Team on Tuesday morning and there are a handful of spots filled by Iowa State players.

First, coach Matt Campbell was named Coach of the Year after changing the program from a 3-9 season in 2016, his first year at Iowa State, to a 7-5 record this season.

Along Campbell, a few of his players earned ESPN 2017 All-Big 12 honors.

Joel Lanning was named the all-purpose player, as he was “third in the Big 12 with 110 tackles while playing situational quarterback through much of the season,” according to the ESPN release.

All four of these players earned AP All-Big 12 honors a few days ago.

Iowa State will close out its season at 11:30 a.m. on Dec. 30 as the team travels to Memphis, Tennessee, to take on the Memphis Tigers in the AutoZone Liberty Bowl.