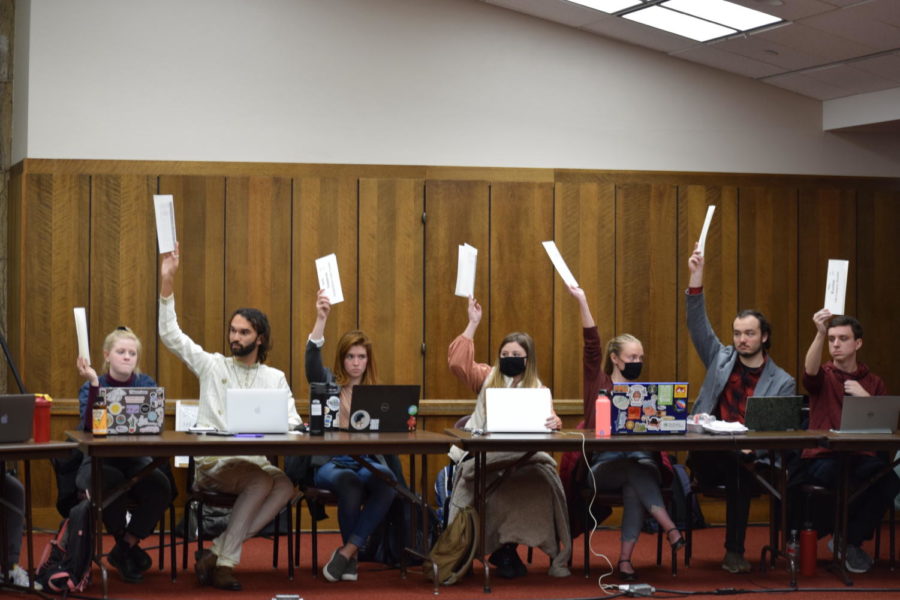 The Iowa State Student Government will look to add two positions to the Budget for the Financial Year 2023.

The two positions would be a Rules Clerk and a Clerk of the Court. These changes would be made in hopes of increasing the efficiency and quality of the minutes.

The Student Government will also look to pass a bill permitting effective pathways to senate involvement. This would allow new senators to sit for some seats when some are unable to serve, with the primary goal of encouraging future students to join the Senate.

The Senate will also discuss new operating rules. This bill looks to incorporate the Internal Operating Procedures of the Legislative Branch into the general law for the entirety of the Student Government.

A new College of Liberal Arts and Sciences senator will look to be confirmed by the Senate as well. Due to a vacancy existing in the position right now, Mansi Mhaskar, a freshman in computer science, was nominated by the LAS Council for the seat.

The Student Government will also be busy seating senators to three different committees within the institution.

The Public Relations Committee has two vacancies. Madeline Becker, a sophomore in economics, and Jamie Hoss, a senior in communication studies, are the two senators up for the positions.

Two vacancies also exist on the Student Initiatives Committee. The Senate will look to confirm Max Kueller, junior in software engineering, and José Carlos García, senior in computer engineering, to the committee.

The Student Government will also look at three different funding bills. The Rodeo Club is asking for funding to host their annual student run event. The Ski and Snowboarding Club is also asking for funding for their Regional Tournament in Marquette, Mich.

The Student Government Senate meets at 6 p.m. Wednesdays in the Campanile Room at the Memorial Union.