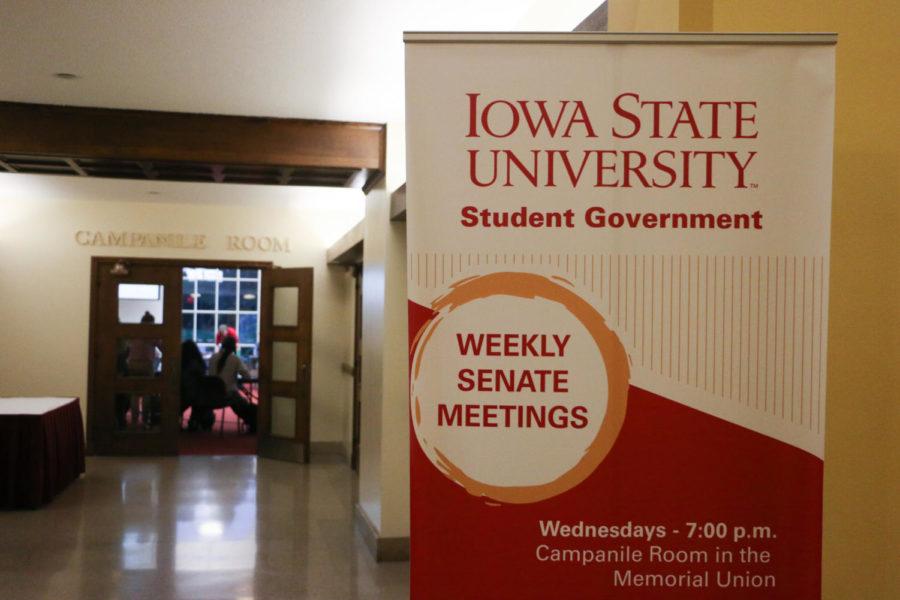 Student Government senate meetings take place every Wednesday at 7 p.m. in the Campanile Room of the Memorial Union.

Student Government will discuss passing a proclamation Wednesday congratulating the Iowa State Cyclone Football Varsity Marching Band for winning the Sudler Trophy and the prestige it brings to the university.

“The [marching band] is a quintessential part of every Iowa State University football game, providing entertainment through half-time shows and music that motivates our team and our crowd,” the proclamation reads.

The senate will also debate a plethora of funding legislation, including:

Also on the agenda includes a resolution concreting Student Government’s stance on occupancy ordinances regarding rental housing in Ames.

“All residents have equal right to street parking, rendering limiting occupancy by off-street parking illogical, and five is an arbitrary number, as it may not coincide with the number of actual bedrooms,” the legislation reads.

For more information or to contact your senator, visit stugov.iastate.edu. The senate meetings are open to the public on Wednesdays at 7 p.m. in the Campanile Room of the Memorial Union.