Iowa State squeaks by Tulane for third win of the season 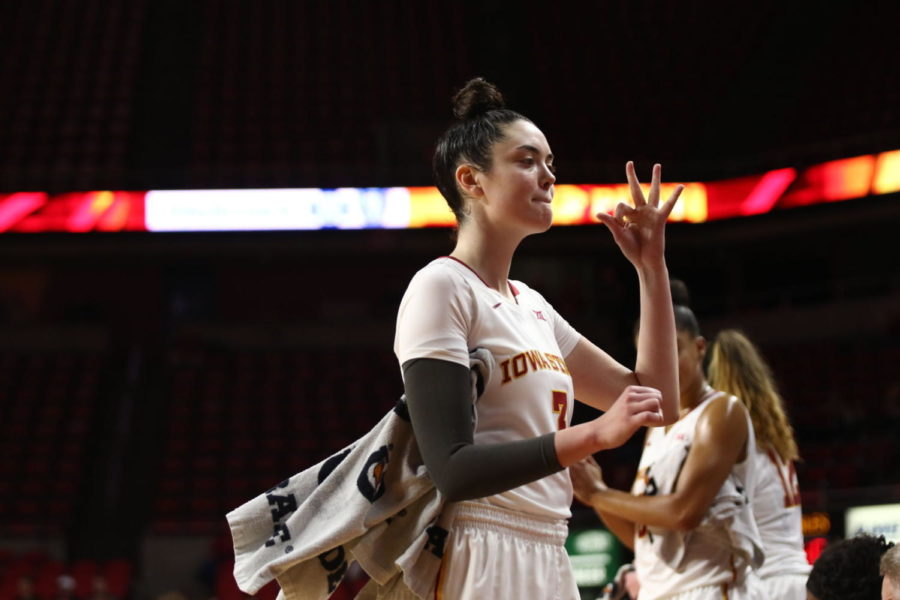 Iowa State women’s basketball coach Bill Fennelly sweated out the final minutes of the Cyclones’ game against the Tulane Green Wave in the Bahamas during the first round of the Junkanoo Jam.

Although Iowa State defeated Tulane, 67-64, the Cyclones didn’t make a single field goal during the last 2:49 of the contest. While the offense went stale as the game progressed, Iowa State senior guard Emily Durr was on fire in her extensive return from a knee injury.

On Nov. 21, Durr only played 10 minutes against Missouri-Kansas City. But on Friday against Tulane, the guard played 35 minutes and tallied 19 points on 7-of-13 shooting.

Durr wasn’t the only productive Cyclone against the Green Wave. Juniors Bridget Carleton and Meredith Burkhall chipped in 19 and 16 points, respectively. Other than that, the next highest scoring Iowa State player was Bride Kennedy-Hopoate, who recorded five.

The win put the Cyclones at 3-1 on the season.

Iowa State will take on the winner of the San Diego State and Central Michigan tomorrow, Nov. 25, at a to be determined time.