Artist Chris Jordan to lecture on his experience in mass culture 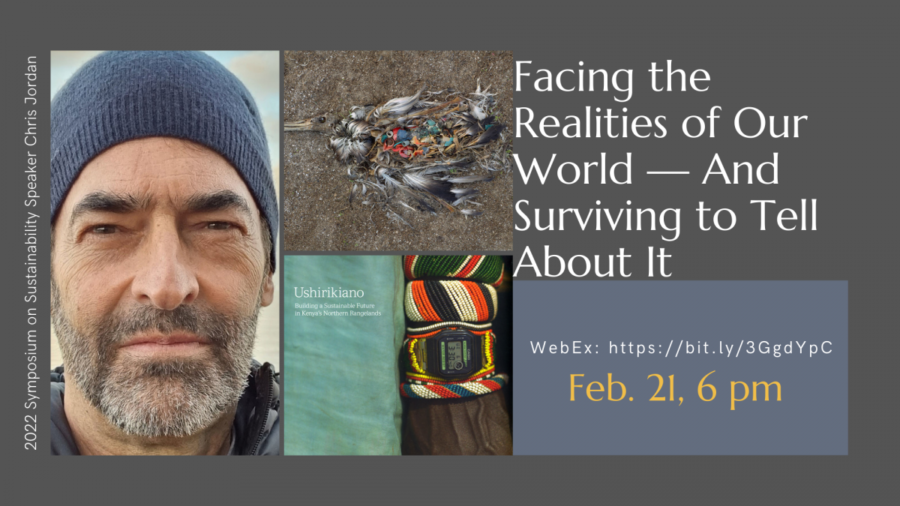 Iowa State's Lecture Series will host Chris Jordan for a lecture on his experience in mass culture.

Iowa State will host a lecture by artist Chris Jordan on Monday as part of the Iowa State Lecture Series.

The lecture, “Facing the Realities of Our World – And Surviving to Tell About It,” will take place Monday at 6 p.m. virtually via Webex.

Sponsored by the Office of Sustainability and the Committee on Lectures, “Facing the Realities of Our World” will focus on Jordan’s new message about environmentalism. His message comes from a culmination of over 20 years of experience exploring mass culture.

Jordan is a photographic artist, filmmaker, cultural activist and art educator who explores the dark side of contemporary mass culture from a variety of perspectives. His work is known for walking the lines between beauty and horror, abstractions and representation, the near and far and the visible and invisible.

Jordan’s work is exhibited worldwide in places such as the U.S., South Korea, China, the U.K. and Canada among others. His latest project is titled Beauty Emerging which is a set of photographic projects exploring the subtle beauty of the living world.

Jordan is speaking to Iowa State students and the public as part of the Iowa State Lecture Series which brings a broad spectrum of talks to campus including political debates, academic forums and cultural events.

Every lecture that is part of the Lecture Series is free and open to the public. More information can be found on the Iowa State Lecture Series website including upcoming events and recordings of past events.