President-select responds to questions about sustainability 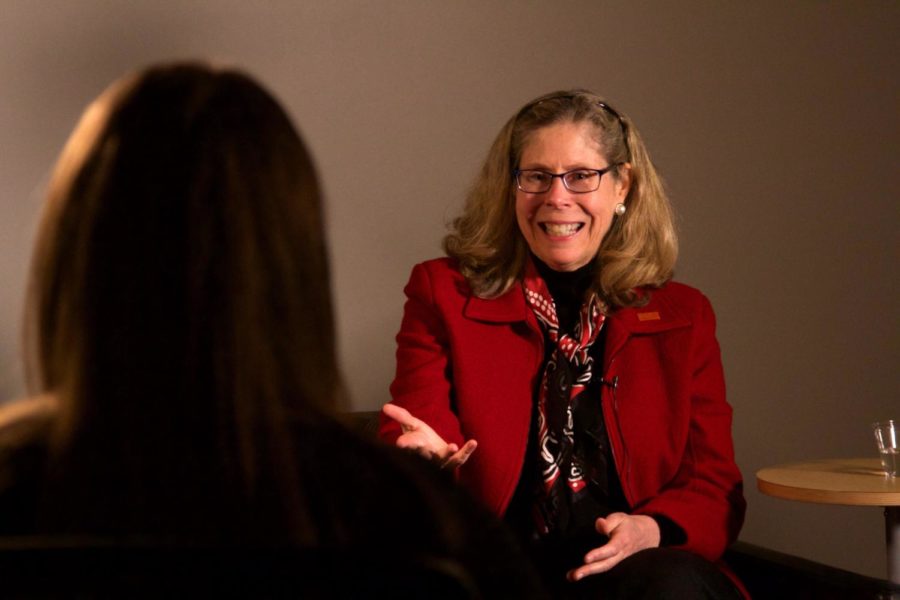 President-select Wendy Wintersteen speaks during an interview with the Iowa State Daily on Nov. 3.

After Wendy Wintersteen was announced as a candidate to become the next president of Iowa State, the Iowa State Daily received some letters to the editor expressing that she was wrong for Iowa State.

The letters, including one from Pulitzer Prize-winning journalist Art Cullen, expressed a dislike of what they saw as support for anti-sustainability in Iowa in terms of water quality and that Wintersteen did not do enough to push against the defunding of the Leopold Center.

“A conversation was going on in the Senate to close the Leopold Center to move the funding away. So we immediately began a set of action to reach out to our stakeholders to ask them to call their legislators,” Wintersteen said.

Wintersteen said that this action gave the university about nine days to have an impact on the issue and that they worked hard.

“In the end though, the vote in the House though was lost by a small margin and we didn’t win that issue [defunding of the Leopold Center],” Wintersteen said.

Immediately, Wintersteen said that she reached out to the founders of the Leopold Center to figure out where to go next. These conversations sparked the idea to petition the governor to keep the Leopold Center open, while still defunded, which was successful.

“I’m so pleased that we were successful. It wasn’t just Iowa State making that request, but clearly stakeholders across Iowa,” Wintersteen said.

In regards to Wintersteen’s involvement with the Agribusiness Association of Iowa Board, she distanced herself from the action taken to fund efforts against water quality in Iowa, specifically in regards to the Des Moines Waterworks lawsuit. Art Cullen addressed this in his letter also.

Wintersteen said that within her role as dean of the College of Agriculture and Life Sciences she served as ex-officio on many boards for agriculture in Iowa.

“There was an additional organization that the Agribusiness Association set up and that organization in itself took some actions relative to the lawsuit that the Des Moines Water Works filed. While I was an ex-officio, I’m on that board as well. I never attended any of their meetings and was never a part of any discussion relative to that lawsuit,” Wintersteen said.