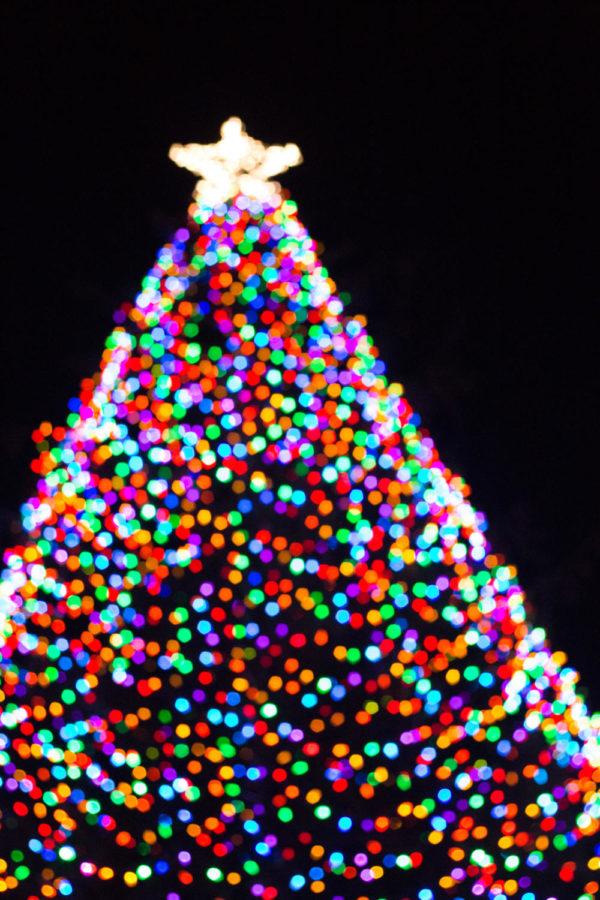 The holiday tree outside Beardshear Hall was lit Friday night, signifying the beginning of WinterFest.

Lights on houses and trees are a telltale sign the holiday season has finally arrived. The minute Thanksgiving is over, the lights go up on the inside and outside of homes all around.

Similarly, Iowa State lights up its campus during the annual tree lighting ceremony held at WinterFest. The ceremony will take place at 5:30 p.m. on Friday outside of Beardshear Hall.

“I’ve been in my role at Iowa State for 10 years and about five years ago, an alum who graduated in the ’60s contacted me because he said he met his wife at this event,” Micalone said.

With past crowds ranging from 200 to 1,000 people, the WinterFest committee and Micalone hope for a decent crowd.

There will be a few guest speakers from university administration, as well as student leaders. According to Micalone, they will speak about various sentiments on winter and the end of the semester. He also said the Freshman Council will also share a few words.

“It varies each year, however the plan for tomorrow is simple,” Micalone said.

The countdown will then commence for the lights on the tree as well as the countdown for the annual Jingle Jog. After the lights are turned on, many people have the chance to take photos with the tree.

Micalone said the lights will stay on at least through the end of the semester.