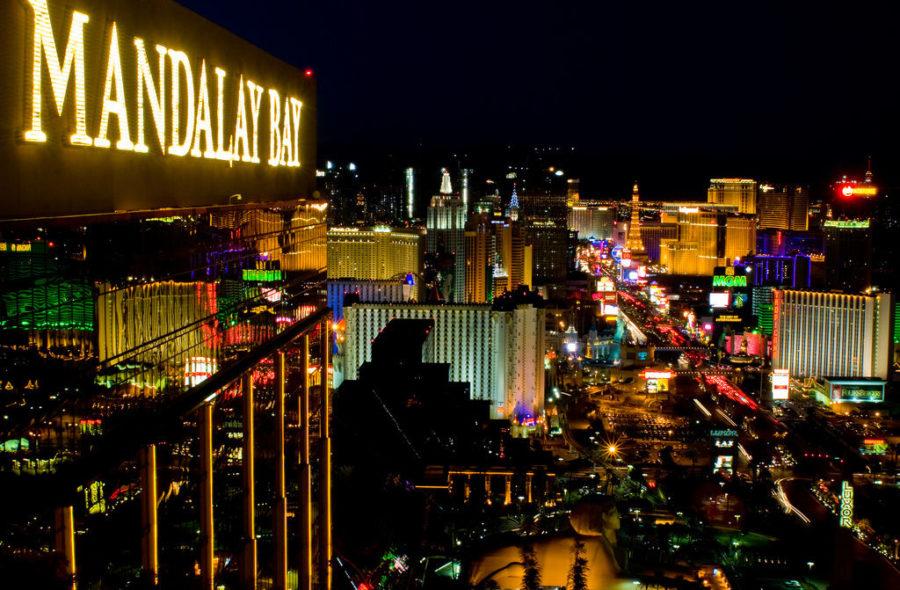 Stephen Craig Paddock fired at concert-goers at an outdoor country music festival from the 32nd floor of the Mandalay Bay Resort Sunday night, killing more than 50 and injuring over 200.

The shooter, Stephen Paddock, used multiple guns to shoot into the crowd of 22,000 from a 32nd floor window of a nearby hotel. Witnesses said that the sound of gunfire went on for 10 to 15 minutes.

How could this have happened? Don’t we have laws that would protect us against something like this?

The Gun Control Act says that it is unlawful for certain people, such as illegal aliens, addicts, fugitives or those who aren’t mentally stable, to ship, transport, receive or possess firearms. This makes sense. Why would we allow someone who is not mentally stable or someone who has a past criminal record to purchase a weapon that could harm themselves or others? We wouldn’t.

Paddock didn’t fit any of the criteria set to restrict him from buying the guns which killed 59 people over the span of less than 30 minutes. He wasn’t known to be mentally ill or have a criminal record. He wasn’t an illegal alien and he had no history of domestic violence.

Paddock was an average American citizen with access to any guns he wanted, including the the modifiers which turned some of his semi-automatic weapons into fully automatic. This should not be acceptable.

I’m all for allowing American citizens to own guns for hunting. I grew up in a home where most of our meat came from deer, pheasant and turkeys that my dad shot himself with a legally owned gun. Feeding yourself and your family is an acceptable reason to own a gun.

I’m also a supporter of keeping a gun in the house for protection, whether that be from wild animals or from intruders. If you have a license for it and are trained to use it, I say go for it. Protecting yourself and your family is an acceptable reason to own a gun.

But why would an every day American need a modifier that will turn his rifle into an automatic weapon? When you’re out on a hunting trip, do you need to shoot your prey with 60 to 100 rounds? Or do you need that much protection from a burglar or a raccoon?

No. The answer is no. No matter how mentally stable you are or how clean your criminal record is, there is no acceptable reason for you to own a semi-automatic weapon and modifiers.

People are against more gun control because they say it’s taking away their rights. Technically this is true. It is taking away people’s rights to organize mass shootings. It would take away the opportunity for someone to commit the largest mass shooting in United States history in under 30 minutes.

Stop pushing against gun control and think of what you’re fighting against.