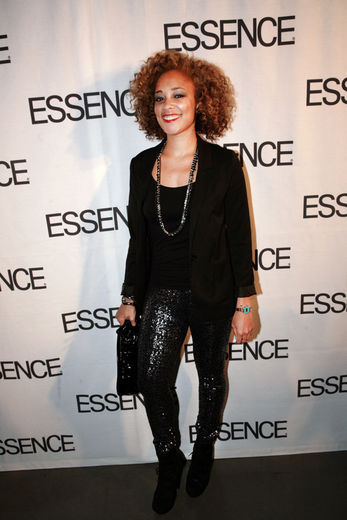 Amanda Seales is performing stand up at the M-Shop Thursday at 8:30 p.m.

The hilarious, yet eye-opening Amanda Seales will be in the M-Shop Thursday night at 8:30 p.m. Admission is free.

She is known for addressing serious topics, but with her own comedic twist to capture the audience’s attention. She covers everything from sexism and diversity to black popular culture.

Seales has a strong social media presence and even stronger views. She recently went viral for confronting Caitlyn Jenner. The confrontation was on the issues of race and equality in America, on YouTube during a live streamed dinner hosted by Katy Perry. She has recently teamed up with theTruth.com as an anti-tobacco spokesperson.

Seales is currently performing stand up across the globe, and touring to colleges along the way. Seales is also known for her many appearances on screen. Whether it be from her career starting role as Deonne in Nickelodeon’s ”My Brother and Me” or more currently as Tiffany on HBO’s “Insecure,” the host of FOX’s “Empire” after show, as well as in the many digital series that she has created, written, produced and stared in. Such as her scripted comedy “Get Your Life.”

Prior to her stand up career, Seales was a member of the musical duo “Floetry,” she also released her first EP “Life Experience” in 2007 as Amanda Diva. She then went to release “Spandex, Rhymes & Soul” in 2009.

Seales was born in Los Angeles, and received her master’s degree in African American studies with a focus in hip-hop from Columbia University.