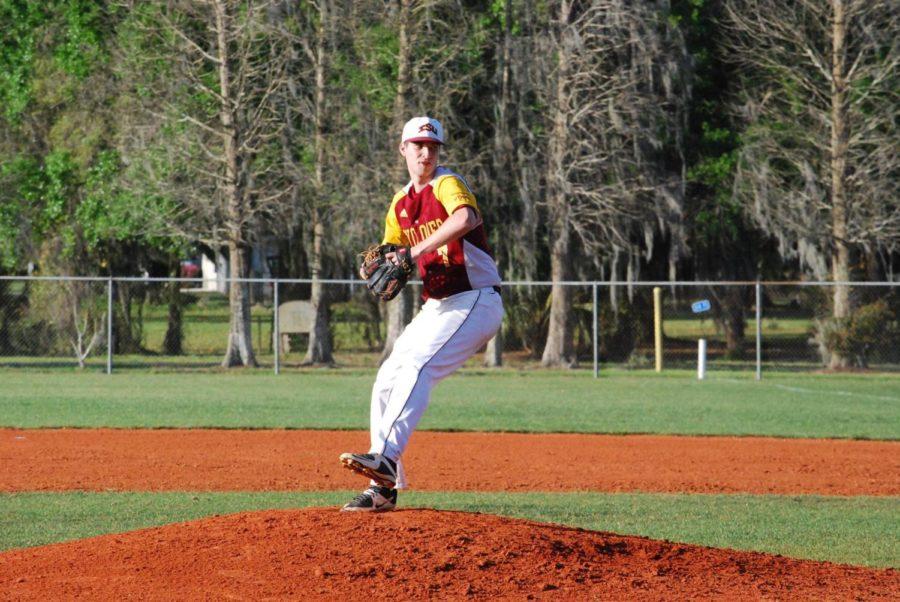 Just like a college student on the weekend, it took a while for the Iowa State baseball club’s bats to wake up.

At first pitch, which was at 8 a.m., it was barely 60 degrees. But as the temperature heated up, so did the Cyclones. As they heated up, the runs started to pile up.

“It could have been,” said Iowa State baseball club president Bobby Thompson on if the 8 a.m. start could have been the reason for the Cyclones’ slow start. “The last couple games we have started a little slow too. But that might have played a part in it. But I trust our guys.”

On the second pitch of Kain’s at bat in the third, South Dakota’s pitcher Wyatt Adams gave him a ball right down the middle. Kain took a swing and 365 feet later, the ball was out of the park for a two-run home run to tie the game at two apiece.

That’s one way to wake the bats up. Ethan Kain with a 1 out 2-run DINGER! Clones have tied it at 2!

“He just gave me a pitch, I swung at it and was happy it went to the fence,” Kain said.

Later in the third, Iowa State got a RBI single from third baseman Henry Dropps and center Bryce Ehlers to give the Cyclones their first lead of the game, 4-2. And the Iowa State runs carried over to the fourth inning.

“It took a while for the bats to come alive,” Kain said. “We were a little tired, but that’s alright. Eventually, we put a four spot and three spot to kind of shut them away from the game.”

While Iowa State put on an offensive show against South Dakota, the Cyclones got a strong performance from pitcher Travis Havel in his return debut to the mound.

Before Sunday morning, Havel had not pitch for Iowa State since last fall due to academic issues. In his return for the Cardinal and Gold, Havel only allowed four hits and two runs.

“It was real fun to watch Havel pitch,” Thompson said. “We haven’t seen him pitch in the spring in two years. It is really good to see him do well. We hope he can be in (Iowa State’s) rotation come this spring.”

A scoreless 5th brings Travis Havel’s day to an end. A solid outing by the returning starter! Up for the Cyclones: Ehlers, Shultice, Rhodus

The win over the Coyotes put the Cyclones at 3-0 in the prelims, which means they are one step away from their weekend goal: win the Cap Timm Classic.

Iowa State will play later Sunday at 1:30 p.m. in Cap Timm Classic’s championship game. The Cyclones will take on either the Iowa Hawkeyes or the Oklahoma State Cowboys, which they defeated 3-0 and 6-2 respectively earlier this weekend.

Come championship time, Thompson expects the Cyclones to be firing on all cylinders.

“Some teams start off slow,” Thompson said. “There is not much you can do. You have to trust the lineup you have out there. But I expect (Iowa State) to come out firing against Iowa or Oklahoma State in the championship, assuming we play one of those teams. I expect us to be firing all cylinders and have our best lineup out there for the championship.”