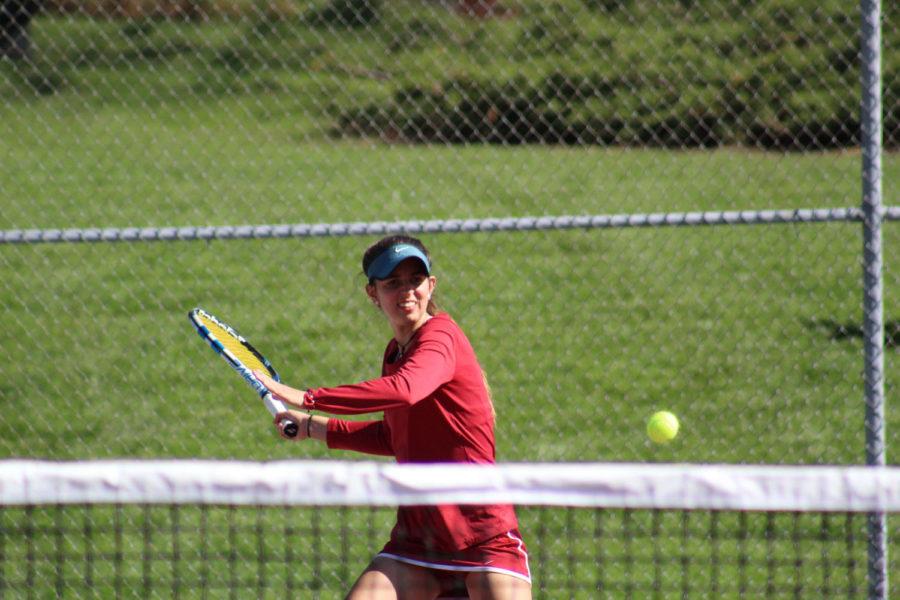 The Iowa State women’s tennis team will begin competition this Thursday by traveling north to Minneapolis, Minnesota to compete at the Gopher Invitational. Play will run through Friday and Saturday before concluding on Sunday.

The invitational will consist of both doubles and singles play.

Minnesota, the host team, will be one of the tougher teams at the invitational. Minnesota competed in the Drake Invitational last week, finishing with two top-4 finishers in singles, as well as a winning doubles pair in the consolation bracket.

Another opposing team to keep tabs on is North Carolina State. The Wolfpack recently went 13-5 as a team at the Duke Bonk Invitational, which included an upset win over No. 40 ranked Erin Larner from Northwestern in singles play by Adriana Reami.

Bonadonna has had a string of successful campaigns competing at the Gopher Invitational. In 2015, she won her doubles bracket with the since graduated, Ana Gasparovic.

Sophomore Margarita Timakova will hope to replicate the success she had at last year’s invitational. Timakova dropped her first match of the tourney before rebounding and winning her consolation bracket.

The Gopher Invitational will be the debut of Ekaterina Repina, a freshman from Russia. Coach Armando Espinosa has high hopes for Repina to contribute early.

“If she can replicate what Sami [Budai] did at any of the spots that’s going to help,” Espinosa said about his expectations for Repina. “If she’s playing at one and then that allows everyone else to play at a lower level and then raise their productivity, then that is also going to be important.”

While the No. 1 and No. 2 doubles pairs will be set with Cancini/Repina and Bonadonna/Timakova, respectively, coach Espinosa will experiment with the other doubles pairs at the beginning of the invitational.

“We will see in Minnesota how our doubles perform and we will start making some changes if needed,” Espinosa said.