Young cornerbacks ready to get on the field 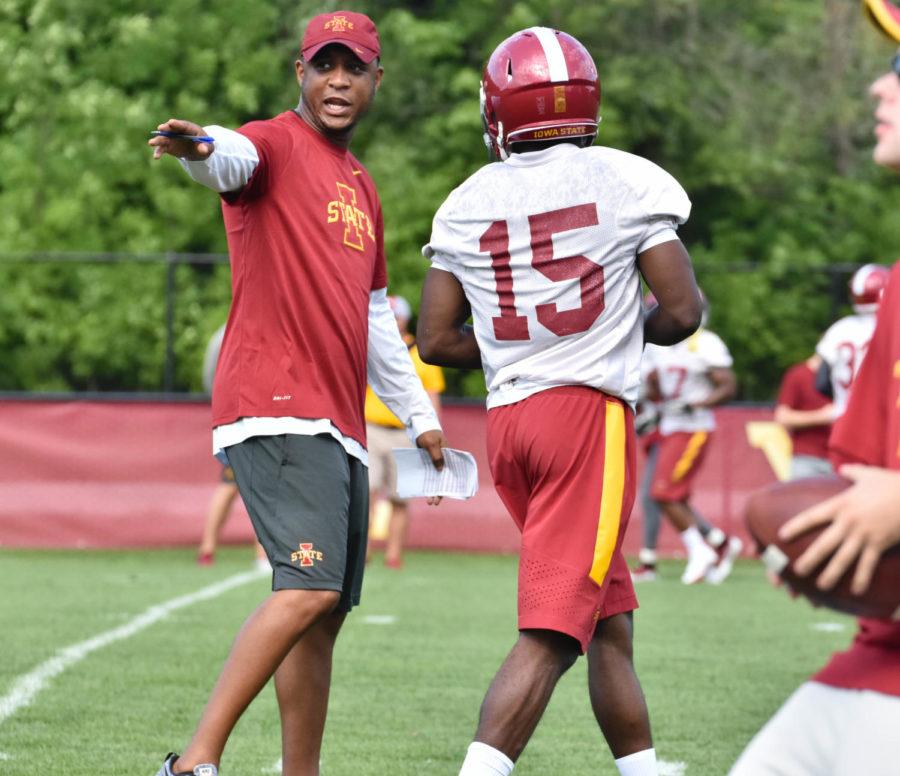 Cornerbacks D.K. McDonald calls to a player during practice on Aug. 4.

When the Big 12 season rolls around in late September, Iowa State’s defensive secondary will need to be ready to go.

The Big 12 is arguably the best passing league in college football, so having talented and experienced cornerbacks and safeties is huge for Iowa State.

That starts with Brian Peavy and D’Andre Payne, two juniors who have a wealth of both talent and experience. Peavy has been named honorable mention All-Big 12 in each of his first two seasons.

Against the Big 12’s pass-happy offenses, however, two corners won’t cut it.

That’s where the young guys come in. Arnold Azunna and Richard Bowens III were the two names that kept popping up from teammates and defensive backs coach D.K. McDonald Wednesday afternoon.

Azunna, who redshirted last season, was working with the first unit at times last year.

“We were really close [to using Azunna last season],” Mcdonald said. “I think its something we talked about pretty much every meeting, should we burn his redshirt or not. But our philosophy always is it’s better to play a kid too late than too early.”

Azunna has great size for a cornerback, standing six feet tall and weighing in at 194 pounds. That’s quite the change from Peavy and Payne, who are listed at 5-foot-9 and 5-foot-10, respectively.

Bowens is similar to Azunna in that regard. Since he arrived last January, Bowens has bulked up and gotten a head start over most freshmen.

“Richard Bowens is having a really good three practices,” McDonald said. “He’s really been showing up, he’s probably been the guy who’s showing up the most for us right now. I’m excited to see how the rest of this fall camp goes for him. He has really improved and worked hard and we’re just really excited for everything he’s doing.”

Even the veterans have noticed the talent and potential Bowens and Azunna have.

“[Azunna] has come along this summer,” Payne said. “He’s been working very hard, getting in that playbook, as well as working on his technique every day. He’s a real physical player and that can really help us out too.”

While Peavy and Payne will be the leaders among the cornerbacks, it’s just as important for Azunna and Bowens to step into their roles this year. Learning from veterans can help a young player feel more prepared, but there’s nothing quite like gaining experience on the field.

“I gained a lot of knowledge just watching Peavy and Payne and all the seniors do their thing on the field,” Azunna said. “I learned a lot from them and I think I’m ready.”