“Encanto”: Disney’s newest animated feature tells a story about family and staying true to who you are 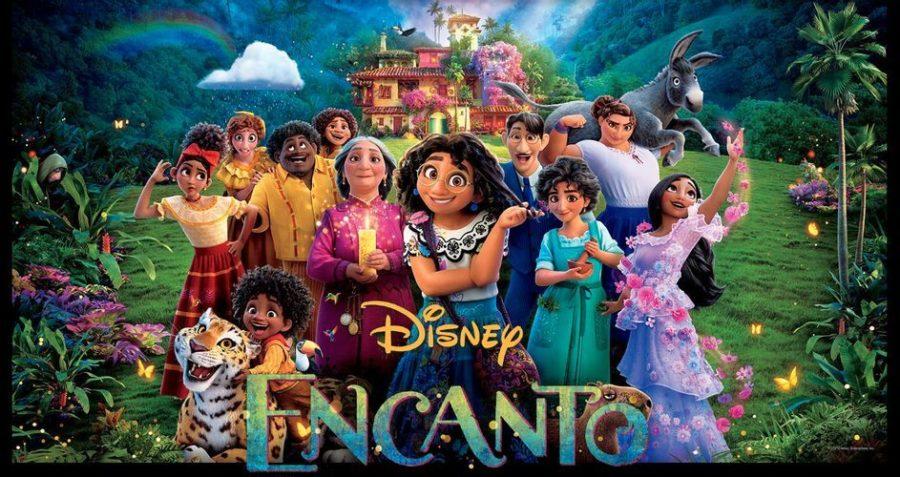 "Encanto" is the newest feature animated film from Disney and tells the story of a family with special powers.

Disney is a company that has become synonymous with everybody being excited about their new releases. While some may be more popular than others, there is no denying that almost every film from this studio always has a huge amount of hype behind it and their newest feature, “Encanto,” is no different.

“Encanto” is the newest film to be released by Disney and is an animated feature following the story of the Madrigals, a family that lives in a magical home, and when they reach a certain age, they each gain a magical gift that is often used to help their community.

We begin the story meeting Mirabel Madrigal, a member of the family who, unlike all of her relatives, did not gain a gift when the time came. Much of the story surrounds Mirabel and her quest to accept the fact that she does not have any special abilities.

Overall, I enjoyed “Encanto” and felt that the film had some really solid aspects; however, there were other parts of the movie that I didn’t love as much.

I absolutely loved the character of Mirabel and how the film grew her personality and narrative throughout the story. I appreciated that the film never went out of its way to make Mirabel “special” even though she was not gifted with an ability. One of the film’s main themes is that you don’t necessarily need to be “incredible” or “gifted” in order to do great things, and I think that theme really holds through because they stuck to the idea that Mirabel does not have a gift.

Instead, Mirabel is simply a strong and determined individual who is shown throughout the story to have her own abilities even if they are not deemed to be a “miracle” like her family member’s abilities.

I also loved many of the songs, including the one that has largely been getting the most press, “We Don’t Talk About Bruno.” This song in particular is incredibly catchy and has a fun storytelling aspect to it as well. However, there were a few songs that I enjoyed, but in the context of the film, it seemed as though they didn’t have the proper build up. Specifically, “Surface Pressure” and “What Else Can I Do” felt like they came out of nowhere within the story even though I do enjoy the songs separately.

My main issue with the film overall was the pacing. “Encanto” as a film is on the shorter side, and generally I am somebody who can feel the length in films, so I was surprised when I felt that this film was too short in length.

Something I noticed was that it felt as though there was never any true conflict resolution. You meet the characters, get introduced to the conflict and then almost as soon as the conflict is introduced, it gets resolved. It felt quite unrealistic even for an animated movie, and I wished there had been a stronger and perhaps slightly more complex solution to the problems.

Even with my issues with the film, I still think it is one that almost anyone will enjoy and relate to, especially if you are somebody who already enjoys Disney movies and animated films.

“Encanto” won’t be a film that I will be rewatching all the time, but it is a cute film about family and how you don’t have to be amazing in order to do great and important things in life. I enjoyed the movie and think it would be a great watch for anybody, but especially families and friends.