Salo: Choose a side 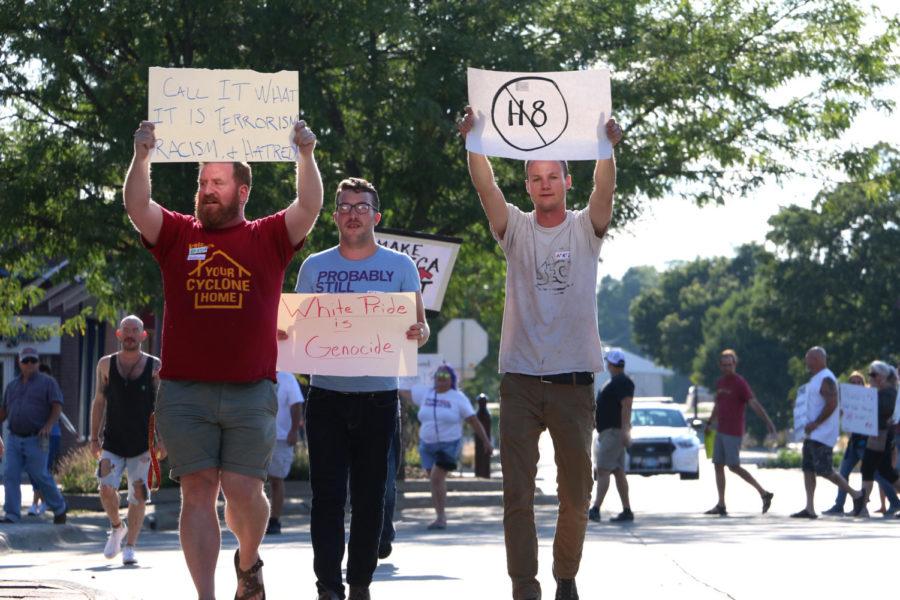 When Frank Reynolds, an anchor for ABC, spoke in 1979 of Monday’s solar eclipse he said, “May the shadow of the moon fall on a world at peace.”

This was an optimistic hope, but amongst other issues in the world today, such as the threat of a nuclear war with North Korea, the continuing war in Afghanistan and the events in Charlottesville, Virginia, remind us that we are far from peace.

A “Unite the Right” white nationalist rally formed earlier this month to oppose the removal of a statue of Robert E. Lee, a general for the Confederate Army who strongly supported slavery.

Those who oppose the removal argued that removing the statue would remove a part of history.

Those who are advocating for the removal of the statue argued that Lee had no connection to Charlottesville and therefore the statue was just serving as a sign of support for the Confederacy and indirectly, racism.

“This is not history that needs to be symbolized so brazenly – especially not in a country where its presence causes discomfort and serves as a horrible reminder for many,” Iowa State Black Student Alliance Vice President Krishaun Burns said of the statues. “You don’t see Germany erecting a statue of Hitler. So why in the world should we have statues of people who caused such harm and pain in America?”

Although the statue is a source of discomfort for many in Charlottesville, white nationalists groups the Ku Klux Klan and neo-Nazis were ready to fight to keep their statue, and that’s exactly what they did. The rally turned violent, 19 people were injured and one woman died.

President Trump spoke out about the event, deciding to not take sides.

Neutrality, especially from our country’s leader, is the opposite of what is needed in a situation like this.

“When you are neutral in situations of injustice, you are on the side of the oppressor. Period,” Burns said.

It is important for everyone to choose a side and to make their side known. Will you side with the KKK and Nazis, groups who have historically tortured and killed other groups of people based on things they can’t control? Or people who are trying to move past America’s racist past?

I’m siding with those trying to move America forward instead of slipping back into the past.

As far as those who are on the opposite side, Burns asks you to “realize who you’re siding with. Be educated. Because the biggest trend in these groups is ignorance; ignorance was what started these racist groups, and ignorance is what continues to fuel it.”