Season takeaways: Iowa State’s late losses are a cause for concern heading into 2020 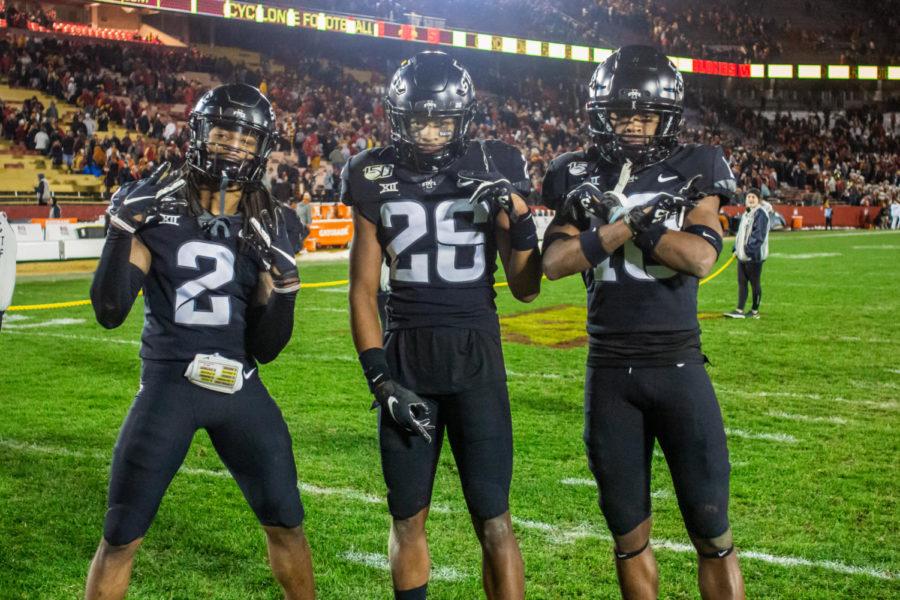 Iowa State’s season ended on Saturday on a sour note. The Cyclones lost 33-9 to the Notre Dame Irish.

Despite the prestige of the opponent, it was a fitting end for the Cyclones who will likely look back at 2019 with some mixed thoughts — most of them negative.

The season however, was not all bad as Iowa State notched its third straight winning season under fourth year head coach Matt Campbell.

To start the season, Iowa State was still finding its identity and the offense was choppy to start, but a few adjustments — including a switch to true freshman Breece Hall at running back — gave Iowa State a potent offensive attack.

Perhaps if the switch had been made earlier, the Cyclones could have salvaged a couple wins — namely against Iowa where they lost by one and Baylor who defeated Iowa State on a last second field goal by a score of 23-21.

Iowa State’s first four losses were by a combined 12 points and Iowa State looked like it was hanging right there with the best of the best in the conference, but the last two losses brought about concerns of just how good Iowa State really was.

The biggest culprit was the loss to Kansas State, which was only a 27-17 loss, but Iowa State looked outmatched the whole game. With weeks to prepare and a bump up from the bowl committee, Iowa State went to Orlando, Florida, and continued the ineffectiveness that plagued it in Manhattan, Kansas.

“Just executing. Everybody. Every single down every single situation,” said sophomore quarterback Brock Purdy. “If you’re gonna win games you gotta come up clutch in certain situations and that’s gotta be from the first quarter to the fourth quarter. I feel like this year, in a lot of the games that was lost, we didn’t do that at all.”

Backpacking off of those final two games that showcased an ugly Cyclone team, are looming questions about the future of the program.

For at least one more year, Iowa State will benefit from having one of the better quarterbacks in the nation — and arguably the best player in school history — at its disposal. The return of JaQuan Bailey after a medical redshirt and some solid 2019 recruits turning into redshirt freshmen could mean that the Cyclones improve despite losing some key pieces.

While Iowa State will get some help, the biggest question marks lie in its secondary and its offensive line, the latter of which is losing four starters.

The secondary will need to replace one of its three starting safeties, but will be under the microscope next season more-so for its pedestrian play.

Redshirt freshman Tayvonn Kyle found a home at cornerback behind sophomore Anthony Johnson after coming into camp as a wide receiver, but Kyle is small and likely needs to add to his frame to be a consistent contributor.

Johnson had a solid season and became one of the premiere players in Iowa State’s 3-3-5 defensive package.

Some of the holes can be filled pretty easily thanks to junior college transfers and solid depth, but the Cyclones have some question marks heading into 2020.

Iowa State struggled with injuries, youth and inconsistent play calling in 2019, but in 2020, the Cyclones will need to put those issues to bed.

“You gotta remember that this is a really young team,” Campbell said. “A lot of the really young guys were forced into some critical moments this year.”

While the team could claim youth in 2019, many of its key contributors will be upperclassmen next season and with their talent comes the possibility of leaving for the NFL.

The big names that could have a chance at an NFL spot after next season are Purdy, Johnson, linebacker Mike Rose and tight end Charlie Kolar — who was already getting looks from NFL teams after his redshirt sophomore year in 2019.

Seniors leaving will also be a problem for the Cyclones with safeties Greg Eisworth and Lawrence White graduating along with defensive lineman Eyiome Uwazurike.

The Cyclones have the potential to lose a ton of starters after the 2020 season and while not all of them will leave, it is an important year for the Cyclones and will be their first full team of Campbell recruits.

“January, February, March, April and May are critical times for the development of our football team,” Campbell said. “You’ve got some leadership and some leaders that may be the greatest room we’ve had since I’ve been here.