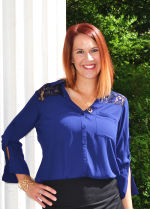 Jennifer Suchan has been appointed to the role of university registrar effective Monday, according to a press release.

From the University of Northern Iowa, Suchan received a bachelor’s degree in psychology and a master’s degree in postsecondary education-student affairs. She then continued on to obtain her doctorate in higher education administration at Iowa State.

“It’s a great honor to serve Iowa State’s students, as well as my team in the office registrar,” Suchan said in a press release. “I look forward to working with colleagues across campus on initiatives to improve retention and graduation rates, reduce achievement gaps and use data to enhance academic success.”

Suchan’s roles will consist of leading commencement ceremonies and facilitating Iowa State’s adaption to Workday Student in the future in addition to heading the Registrar Office.

In an open forum to stakeholders, Suchan said she planned to outsource transcript to provide quicker access to students.

Suchan also said she emphasized inclusion amongst the student body by making it easier for students to change pronouns, providing resources in students’ primary language and adding braille for blind students.

Prior to arriving at Iowa State, Suchan had experience working as an assistant registrar at the University of Northern Iowa from 2011 to 2015, according to her resume.