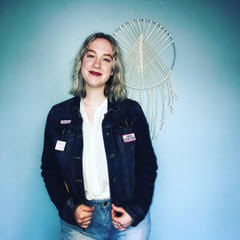 Williams plans for her future changed with the weather, it seemed. Williams is now an ACCESS Advocate, helping counsel those who have gone through traumatic events or experiences.

Tricia Ingram Williams, Assault Care Center Extending Shelter and Support (ACCESS) Campus Prevention and Outreach Advocate, gave insight on her journey in finding a job that fit her and her role in helping survivors of sexual assault.

Williams said she always knew she wanted to help those who were most vulnerable, but for the longest time didn’t know in what capacity.

“[My future] was constantly changing,” Williams said. “I do know that in high school at one point I really wanted to be a counselor in a prison like a corrections counselor. I think I’ve always had a heart for vulnerable populations and the marginalized.”

Williams’ passion to help others led her to earn a major in sociology with minors in women and gender studies as well as applied ethics at Simpson College. At that point, Williams said she realized she wanted a career related to women and women’s equity rather than being a corrections counselor.

No matter what career she picked, Williams said systemic issues seemed to plague the job, so she went to graduate school at Duke University and earned her masters degree in humanities. Williams described the degree program as “make your own major” that centered around a theme.

“My theme was initially gender equity, but as time went along I focused more on gender based violence,” Williams said. “While I was at Duke, I was a graduate assistant at the Duke Women’s Center, and I did bystander intervention programming on campus. And so that’s where I really fell in love with prevention and figured out that that’s the realm of women’s equity that I wanted to work on.”

For Williams, ACCESS allows her to focus not only on prevention but advocacy for those survivors of sexual assault as well, specifically students at a university or college. Williams walks survivors through processing what happened as well as connecting them with resources on and off campus.

Many students she works with are from Iowa State. Williams has office hours twice a week available in the Margaret Sloss Center for Women and Gender Equity where students can meet with her on campus.

“We go over things like grounding techniques, so if someone is feeling triggered or having a hard time sleeping or things like that we come up with strategies to help address those issues,” Williams said. “I’m able to connect students with on campus resources such as counseling services, getting them class accommodations, helping them move apartments or dormitories if that’s a necessity, things like that. And then another thing that we do as advocates that a lot of people don’t know about is help get them monetary support.”

Depending on what students want or need, Williams can be with them every step of the way and isn’t required to turn in a case of sexual assault. As an employee of ACCESS, the information Williams is told is completely confidential and she cannot even be subpoenaed to testify in court.

“It just means so much to me to be able to help people who are in their most vulnerable or one of the most vulnerable times in their life,” Williams said. “To have the courage to come forward and tell a complete stranger what happened to you and to say I need help. I’m just astounded by all of my clients and all the survivors who come forward and want or ask for help. So I just feel honored to be a part of that journey for them, even if it’s just a small role.”

Her role as an advocate is only half the job. Williams also focuses on sexual assault prevention. Prevention is part of her job that Williams said she is most passionate about and she hopes to do it full time in the future. Williams currently partners with Green Dot and runs programs like Building Up Brothers, a program that fraternities can have their members go through. These programs include having conversations about sexual violence, what a healthy relationship looks like and bystander intervention training.

The job Williams takes on can be draining, especially emotionally, she said. When it comes to staying inspired Williams looks up to two mentors within her field.

One mentor, Krystal George, was Wiliams’ past supervisor at the Duke Women’s Center.

“She has been just a brilliant example of what it looks like to be in this field and remain hopeful that change is possible,” Williams said. “Being thankful for the little changes that you can observe, because obviously large systemic cultural change takes a really long time, but along the way we have these little milestones. And we deserve and need, in order for this to be sustainable, to celebrate those little wins. And she really showed me, you know she didn’t just talk the talk she walked the walk, she showed me what that looks like.”

Marcy Webb, Williams’ current supervisor at ACCESS, is a newer mentor to Williams. Webb is also a woman who leads by example.

To keep her own heart soft and kind, Williams says she sticks to a routine to ensure proper self-care. To Williams, this means things like waking up early to work out or read along with basics like eating nutritious foods or keeping her home clean. And on the rough days, joking with other coworkers or crying if necessary.

Another way that Williams maintains a relatively positive mindset is through her tattoos. Ranging from a small cross she got when she was eighteen to the Russian stacking doll she got with her sisters. Alongside those, Williams passion for women’s equity is always visible with a profile of a woman she got after the women’s march that says the phrase “I am” and her large female sign made out of flowers both on her right arm.

As for the future, Williams said she plans to get more tattoos and keep working toward preventing and one day ending sexual violence for future generations.