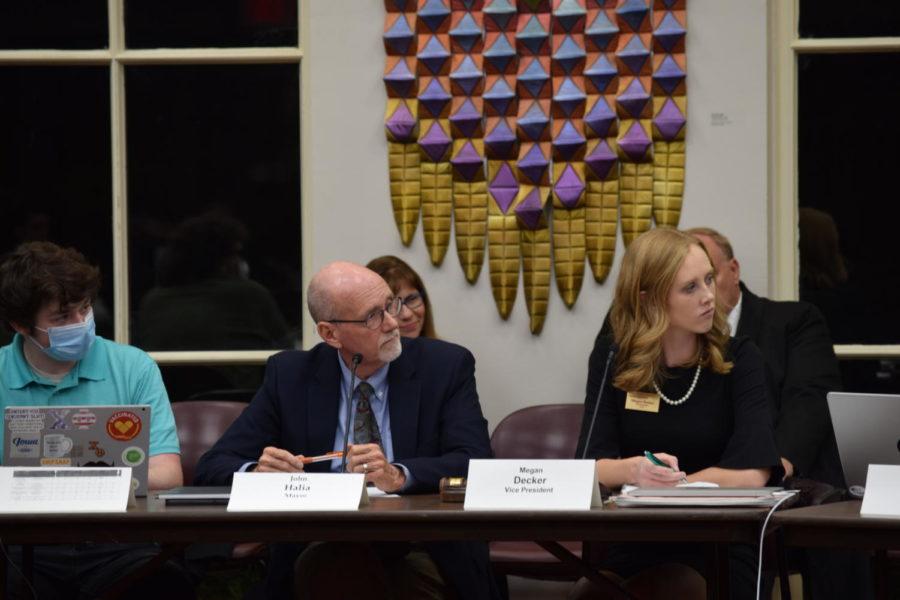 The Ames City Council will introduce new draft ordinances that will increase penalties during 801 Day at 6 p.m. Tuesday.

Iowa State students’ 801 Day began when sororities and fraternities prohibited alcohol during the week leading up to the start of classes. The prohibition ended at 8 a.m. on the Saturday before classes, and for some students, the drinking began at 8:01 a.m.

Thus, 801 Day began as a tradition for students in the Iowa State community.

“In the late 2010s, these behaviors on the Saturday before classes began to grow beyond a small segment of the ISU population,” according to city documents. “The date has increasingly become a destination for people from outside Ames and is no longer limited to ISU students. Complaints from residents in the area have also grown.”

On 801 Day last year, Ames Police Chief Geoff Huff said 50 percent of all arrests and citations were for out-of-town individuals. The tradition usually ends around 1 or 2 p.m., but it ended at midnight last year.

Party sizes also increased throughout the years as 400 to 500 people will be in private homes.

“When you have a party with 400 or 500 people, and gets to the point where we have to shut that down, which we don’t like to do, they’re not just going home, they’re going to the next party, which becomes 1,000 people,” Huff said during a combined Ames City Council and Student Government meeting. “That’s what makes us nervous about these things.”

According to city officials, the concern is that 801 Day seems to be more like VEISHEA.

“When you have to disrupt the 1,000 person party, that’s when the riot starts,” Iowa State Police Chief Michael Newton said during the combined meeting.

Many of these parties include underage drinking, fights, noise above what is allowed by the noise ordinance, public intoxication, spilling onto neighboring property, public urination and “other inappropriate activities,” according to city documents.

Each of these behaviors is grounds for a citation under the city nuisance party ordinance, cited as either a municipal infraction or a simple misdemeanor. Currently, the fine for a first-time violation of the ordinance is $100 and $200 for second and subsequent violations.

“It is believed this fine structure is an insufficient deterrent to nuisance parties on the Saturday before classes,” according to city documents. “Therefore, the City Council has requested that staff prepare an ordinance that would allow the penalties for violation of the nuisance party ordinance to be increased on certain days designated in advance by the City Council.”

City staff proposes to increase the citations to a municipal infraction of $750 for a first-time offense and $1,000 for a second or subsequent offense. The Ames City Council will have the option to:

Approve on first reading of an ordinance increasing fines for first offense violation of the Nuisance Party Code to $750 and $1,000 for a second or subsequent offense on designated dates/times as passed by resolution by City Council.

Approve on first reading of the ordinance increasing fines for first and second offense violations of the Nuisance Party Code, but modify the citation amounts.

Do not approve the ordinance.

The City Council should note that Cyclone Welcome Weekend is from August 19 to 21. Therefore, the staff recommends that the City Council suspend the rules and approve the ordinance on second and third readings at this time. This will allow City staff to prepare an item for the meeting July 26 to approve the implementation of the higher fines for Cyclone Welcome Weekend and provide sufficient time to advertise and educate residents about the changes.