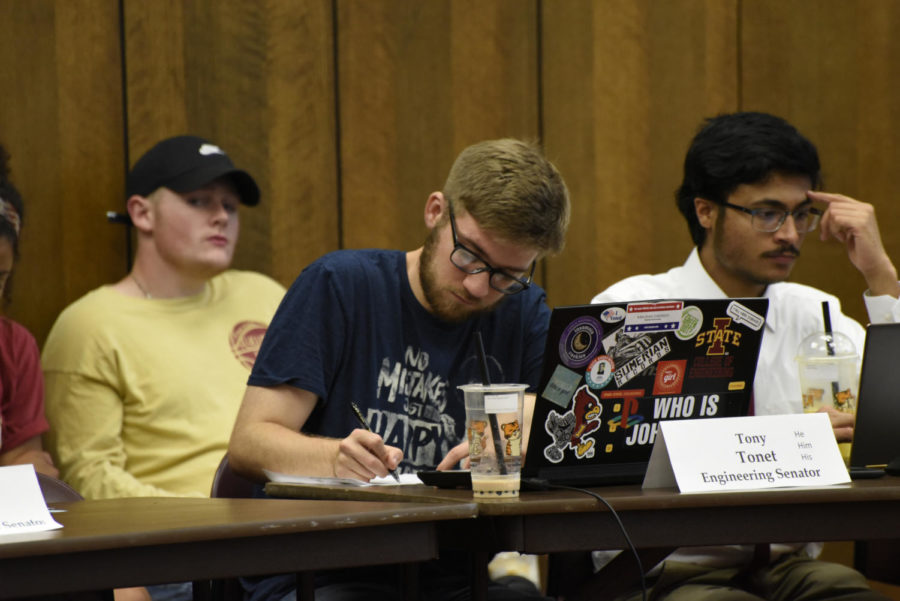 On Oct. 30, students spoke at a Student Government’s open forum in mass. Students shared stories about discrimination they have faced while at Iowa State after some protested by blocking Lincoln Way, demanding change.

Incidents the students brought up in discussion included the Bean House in Geoffroy Hall being defaced multiple times with a racial slur and pictures surfacing of Student Government Adviser Alex Krumm with his face painted black previously posted on his Instagram.

A bill will be introduced by Sen. Joshua Hanyang for himself and Sen. Ian Searles, Sen. Hayat Sumael, Sen. Mason Zastrow and Director of Diversity and Inculsion Elena Hoffman titled “Addressing Student Demands of Action to Prevent the Spread of Racism and Antisemitism on Campus,” which lays out their proposed changes to the university.

“[Student Government] hope[s] that addressing the demands of the coalition of students who demonstrated on October 30th promotes productive dialog and University action,” according to the document.

The bill recommends that the university creates a student advisory board handling discrimination cases, requires faculty and staff to attend diversity training and restricts chalking, along with other suggestions.

The bill will be voted on at Wednesday night’s meeting.

Student Government will also be reforming a constitutional amendment.

The document addresses that the Senate will have full power for impeachment and can execute it only with a majority vote of senators. Along with that, the Supreme Court will have power for judicial review over any and all passed legislation by Student Government.

The amendment will be submitted for ratification by the student body at the next election.

Special Operations Prep Club’s purpose is to prepare students interested in joining Special Operations in the military. The club is asking for $700 to be transferred from the Senate Discretionary account to fund dive masks and three rucksack backpacks.

The funding bill will be voted on by the Senate during the meeting.

For more information or to contact your senator, visit stugov.iastate.edu. The senate meetings are open to the public at 7 p.m. Wednesdays in the Campanile Room of the Memorial Union.