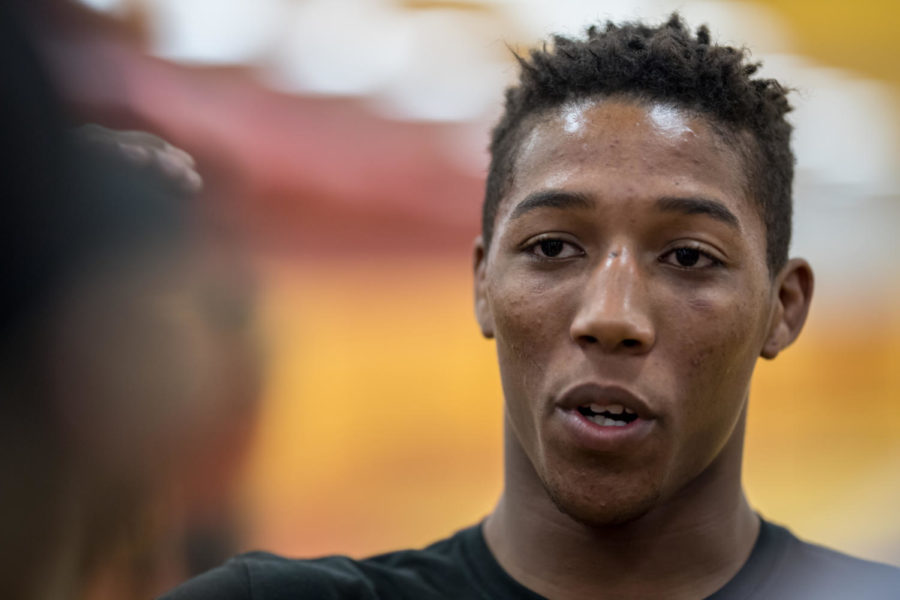 Iowa State wrestling is coming off a successful start to its season, as it hosted the Harold Nichols Cyclone Open last Sunday at Hilton Coliseum.

The Cyclones walked away from the Cyclone Open with a combined six first-place finishes in the fresh/soph division and the open division.

Following the success of the Cyclone Open, the Cyclones now look to Sunday as they prepare for their first dual of the season when the team will play host to Bucknell at Hilton Coliseum.

Chase Straw is coming off a successful Cyclone Open where he took home the open 165 title after a 4-2 decision over fellow Cyclone Isaac Judge. He is currently ranked at No. 20 in InterMat’s top 20 for 165-pounders.

Straw is slated to face Bucknell’s Zach Hartman at 165. Hartman is one of two returning NCAA qualifiers who’s making the trip to Ames for the Bison. However, Hartman was an NCAA qualifier at 157 pounds, which would have had him matchup with redshirt freshmen David Carr.

“It looks like [Bucknell] have him at 165, so maybe he’s grown up into the weight, but he’s a very tough kid,” Dresser said.

The matchup will put Straw, who’s carrying a wave of momentum from the Cyclone Open, up against one of the top wrestlers on the Bucknell squad.

The matchup at 197 pounds is one where Iowa State will be tested in a weight class that had some question marks heading into the season.

Coming into the season, the 197 didn’t have a clear starter, and the spot came down to redshirt freshmen Joel Shapiro and Francis Duggan.

Shapiro won the matchup with Duggan by 3-1 decision and got the nod for the 197 spot in Iowa State’s first team dual of the season.

Shapiro will face off with Drew Phipps, who is the other returning NCAA qualifier for the Bison and is ranked No. 17 in The Open Mat rankings.

Another guy looking to build off his success from the Cyclone Open is the 125-pounder Alex Mackall.

Mackall matched up with a top 10 opponent in Jacob Schwarm from UNI in the open 125 finals, where Mackall rattled off 18 unanswered points for a technical fall to win the open 125 title.

Mackall knows what he needs to do to hold onto his success moving forward.

“Just keep believing in myself and doing the extra that I’ve been doing in the [weight] room,” Mackall said. “Make sure I know I’m doing more than what everyone else is doing and just keep on building confidence and coming in with my coaches in the morning, working on technique and having fun with my team.”

Dresser previously said Mackall didn’t look like his usual self to start off the Cyclone Open, but said he had a big turnaround in the second and third period of the finals match, where he scored those 18 unanswered points.

Parker and Carr, along with Austin Gomez, were held out of the Cyclone Open due to minor nagging injuries, which Dresser and company decided to address so they would be at 100 percent for the Bucknell dual.

Gomez suffered a concussion and is taking some time off before making his return to the mat. Dresser said his initial plan of dropping back down to 133 for Las Vegas has been delayed.

But for Parker and Carr, they’ll be putting on the Iowa State singlet for the first time this season. Their debuts are highly anticipated by Cyclone fans, especially Carr’s debut in his redshirt freshmen year.

“I’m just really pumped, just ready to wrestle my first dual at Hilton,” Carr said. “It’s been a dream of mine since I’ve been a kid and just knowing the history coming from that place. I mean, it’s Hilton magic, so I’m really excited for this weekend.”