Cyclones run away from Arkansas-Pine Bluff with strong shooting 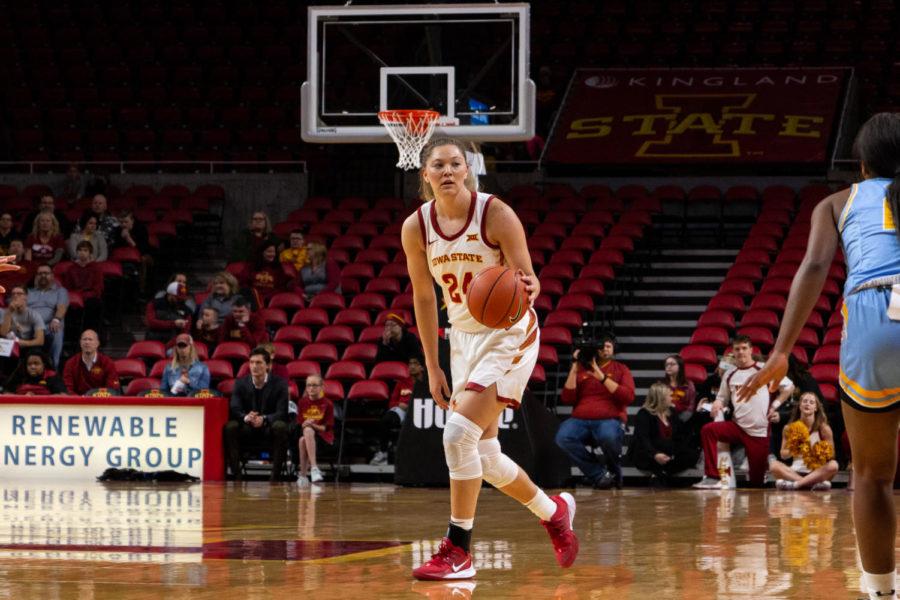 Joens scored 20 points, which is her fourth 20-plus point performance this season and had eight rebounds and five steals. Joens went 8-10 on free throws.

Joens has shown a knack this season for getting to the free-throw line with 34 percent of her points this season coming from the charity stripe. Joens is averaging nine trips to the line and eight makes a game this season, with the next best player averaging three attempts and 2.6 makes a game in Espenmiller-McGraw.

Espenmiller-McGraw, a freshman, scored 15 points, had nine assists, six rebounds and shot 60 percent from the field (2-4 from three). She has been struggling to shoot the three all season and in one game, Espenmiller-McGraw was able to double her three point makes.

With that being said, Espenmiller-McGraw did have five turnovers.

Also making an impact on the offense, were Nezerwa with 14 points and Scott with 11 points and eight rebounds.

Arkansas-Pine Bluff struggled shooting all night and during the third quarter, Pine Bluff only converted one shot from the floor.

Iowa State’s next opponent is New Orleans (2-4), with the game set to start at 1 p.m. in Ames on Sunday.